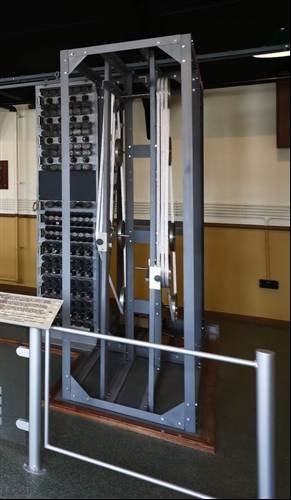 The Heath Robinson was the first of several electronic machines used to speed up message decryption by determining the settings of the Lorenz machine when the message was transmitted.