Extracting the cipher text with an undulator 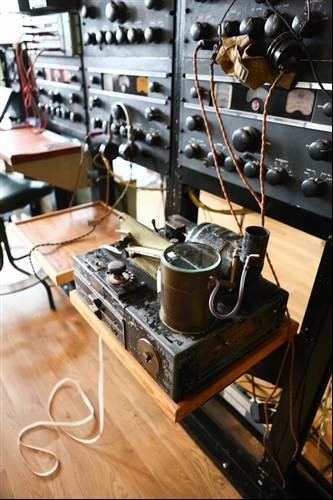 Extracting the cipher text with an undulator

At Knockholt, the messages could not be received on a standard teleprinter because of the encryption process. Instead, the output of the radio receiver was fed into an undulator, a high speed recorder. The undulator was a pen recorder which produced a continuous ink trace of the signal on a narrow paper tape called ‘slip’. The tape was read by slip readers who had to memorise the five unit telegraph code and translate the signal trace into letters of the alphabet.