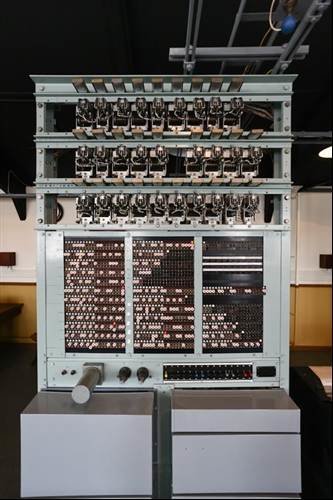 The Tunny machine, designed and produced by the Post Office Research Station, decrypted the message once the Lorenz settings had been obtained. It was a complete emulation of the Lorenz SZ42 and was based upon an incredible breakthrough by one of the codebreakers, Bill Tutte. Amazingly, the team never saw a Lorenz machine until the war ended! Tutte’s breakthrough, which is described in detail in the Tunny Gallery, has since been described as ‘the greatest intellectual feat of World War Two’. The Tunny machine on display is a rebuild using contemporary parts which are identical to the originals. The rebuild team had little information to go on – one wartime photograph and numerous circuit elements drawn up from memory by one of the engineers who worked on the originals. The rebuild is in full working order.