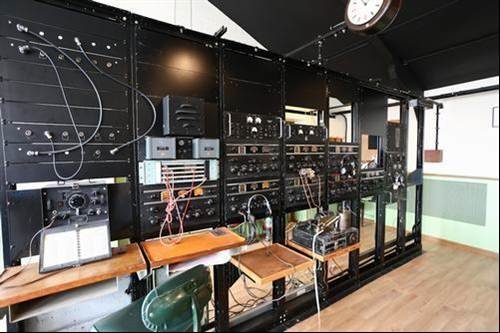 In May 1942, a dedicated radio intercept station (Y Station) was established by the Foreign Office at Knockholt, near Sevenoaks, in Kent. The site was at an altitude of 600 feet with 160 acres of land which was requisitioned to accommodate new buildings and massive aerial arrays some of which had a span of 1000 feet. The majority of the radio receivers installed at Knockholt were the American RCA 88 - now on display and restored to full working order in the Tunny Gallery.