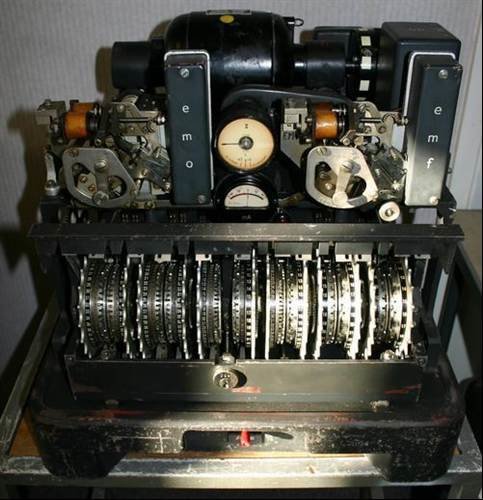 By 1941 most of Western Europe was under Nazi occupation and the German High Command had to establish a secure communications network to control the conduct of the war. They set up a network of point-to-point high frequency radio links from the German High Command HQ in Berlin to the Army Group Commanders in all the occupied and axis countries. These teleprinter links carried messages of the highest grade of military intelligence and needed to be extremely secure. The messages were encrypted by the Lorenz SZ42 which was specially made for the German High Command and designed to produce an ‘unbreakable’ cipher. It used a complex combination of 12 rotors and every single message was encrypted in a different way by changing the start position of each rotor prior to transmission. The number of unique sets of start positions is 1.6 million billion.