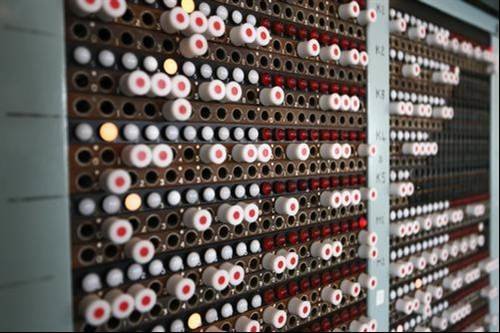 During the war, the Tunny operator would use the information provided by the codebreakers to set the machine in exactly the same way as the German operator had done when the message was transmitted. This would be different for every message. The settings of the Lorenz machine were entered by inserting white pegs into the respective jack fields located in the centre of the rack.