The Tunny Gallery at the National Museum of Computing 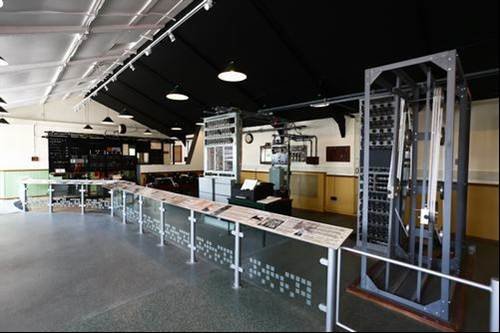 The Tunny Gallery at the National Museum of Computing

In the Bletchley Park Testery, Bill Tutte used a few encrypted and decrypted messages to deduce the workings of the German’s Lorenz cipher machine, a device that he had never seen. His deductions were so accurate that the first Tunny machine was able to start decoding messages in 1942 using wheel settings laboriously found by hand, sometimes with the help of the sluggish and somewhat unreliable Robinson machines. In early 1944, the development of the Colossus computer provided Tunny with the wheel settings in a matter of hours and reduced the total job deciphering a message from several weeks to up to four days.