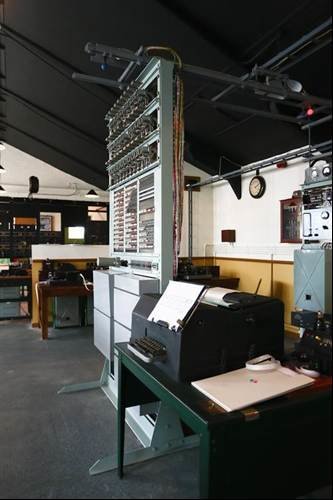 The cipher text would then be entered on the keyboard of the associated teleprinter and the plain text of the message would be output on the teleprinter paper. The German text was then translated by experts in German military language and sent on to London for use by the intelligence services. Much of the this codebreaking process was only declassified a few years ago and the full story from intercept to decryption has yet to be made public.