The preparation of message tapes using a Perforator 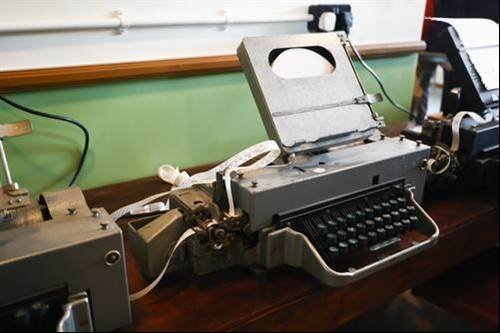 The preparation of message tapes using a Perforator

For Bletchley Park to analyse and process the cipher text, it had to be transferred to perforated paper tape at Knockholt. This was done manually by a slip reader who would type the cipher text letters into a perforator machine. The message tape would be checked and double-checked against the slip to ensure that there were no more than six errors in 1000 characters, which was the limit set by Bletchley Park. Once an accurate tape had been produced, it was sent to Bletchley over two separate landlines where it was received on two re-perforators and the two tapes checked again for errors.