Insights from former Army officer Sean Farrington of QlikTech…How to apply your Army skills to help your business. 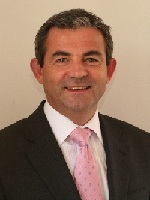 I may be the UK managing director and RVP Northern Europe of a successful technology company now, but the route I took to get here is far from traditional. In fact, before I started in software, I began my career with 14 years in the Army and during my career I was tasked with storing and resupplying anything from helmets and boots through to weapons and ammunition as well as running a bomb disposal unit in Northern Ireland. Towards the end of my 14 years I even flew anti-tank helicopters with the Army Air Corps during the first Gulf War.

It might seem like an odd step, but I knew when I joined the armed forces that it would equip me with the skills I needed to have a range of options in the future. But how has what I learned in the Army been of help to me in the world of business? Here are some tips for making the transition:

Continue to be a leader – One of the most important things being an officer in the Army taught me that I’ve applied directly to the private sector was leadership and just how important it is. Everyone in the Armed Forces knows that the execution of a good plan depends on how well it is led. Two leaders could have exactly the same people and the same skills, but the way they lead will have a drastic effect on the end result.

Transfer your people management – As a result of being in the Army, I joined the private sector job market much later on than my peers, but the leadership and management skills I developed while in the forces definitely helped me to get promoted very quickly. Effective people management is something a lot of people struggle with, but my Army training meant I was at a level where I was comfortable leading teams from the go.

Be committed – Another thing the Army showed me was that one has to have commitment and dedication – once a plan is made, you have to move forward and execute it, even if it’s something you don’t fully agree with. Ego has no place in the Army and it can be damaging in the boardroom as well. Along with this, Army Officers develop the ability to turn ideas into actions and implement plans quickly, as well as having the courage to go beyond one’s comfort zone. This is invaluable in the world of business. To get ahead of the game, you need to quickly decide what you want to do and do it fast – this not only gets you ahead of your competitors, but gets you noticed as a market leader.

Get involved with the day-to-day – I personally still enjoy having hands-on management responsibilities and keeping direct contact with people. My role now is very people oriented, which is actually one of the same assets that initially drew me to the Army. Being an Officer taught me the importance of setting individuals clear goals and objectives rather than micro managing them. The Armed Forces aren’t as hierarchical as most people think. Instead people are given clarity and direction to make a success themselves.