Few female business leaders in the UK have smashed through the glass ceiling into the male-dominated worlds of the boardroom and the City as successfully as Harriet Green.

Now running IBM’s global internet of things business, Green was previously CEO of Thomas Cook, the iconic British travel brand, until November 2014. She grew the ailing company’s market worth from £148m to more than £2bn in little more than two years. Her reputation in the City by the time she left the holiday firm was such that £350m was wiped from the value of its shares when she announced her departure in November 2014.

In September 2015 she returned to the tech world at IBM, having been CEO of electronics distributors Premier Farnell and Arrow before Thomas Cook.

Green has certainly experienced the ups and the unique downs of being a high-profile female business leader – including the sort of questionable tabloid articles that would never be written about a male CEO.

She’s also well aware of the lack of diversity in IT, and is keen to give her support to ongoing campaigns for more women in technology. Earlier this week in San Jose, she was inducted into the Women in IT Hall of Fame at the 22nd Annual Women in IT International Summit.

She spoke to Computer Weekly recently and we asked for her views on delivering diversity in IT.

On the importance of role models

All my career I have championed that regardless of your age, sex, colour, creed or sexuality, if you’re good you should get on. I feel like I’ve landed in Nirvana because IBM is the most incredibly diverse business, helped by the fact that we have a chairman and CEO who is female [Ginni Rometty].

The more women we have in those senior positions, the more role models there are for our daughters – and for our sons. IBM is an unbelievably diverse organisation. This company has done one of the best jobs I have ever seen in ensuring that if you are good you will get on. 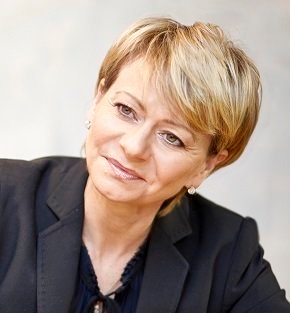 On companies’ responsibility for delivering diversity

There are three levels of responsibility. The first is ours [as women] to make sure that we equip ourselves with the skills and the experiences so that we are needed and we are valued and we are wanted out there. I’ve always championed the work that Computer Weekly and others have done [to promote female role models]. We want women studying – well, anything they choose to study to be honest – but which helps in their future skill set. I have always spent time in schools with young women and young men who are choosing their subjects and I’ve talked to them about why business is such fun.

You need to be able to communicate, influence, write, do a bit of maths – and if you can, why wouldn’t you want to run a great business, because there aren’t many female role models running businesses around the globe. So I think there is a responsibility on us to have the skills and the capabilities that are required by employers.

I think every CEO and every business person needs to take a look at their own companies. Are you sure that for every major role you are interviewing women and people of different ethnicity? Is it truly diverse? This is not just about gender – do you have an unconscious bias about age or whatever it is?

And then it’s also a responsibility of shareholders. Companies that are truly diverse are more effective, and then more shareholders buy that stock because it’s a good business. So it’s a multi-level responsibility but it’s something about which I feel passionately.

On the responsibility of business leaders

The tone from the top around the importance of diversity is vital to make people feel safe and able to be who they are, and that extends to all forms of LGBT as well which is a new pioneering ground for diversity.

People want to look inside businesses and see people like themselves. In age, sex, colour, creed, ethnicity, sexuality – role models are hugely important for people as they look inside of a diverse environment. Personally I’ve always tried to be a rounded manager, having lots of experiences, living and working in different cultures in different industries. I always encourage people to not be so focused on just the pursuit of the top, but to build the skills and experiences that may be very valuable.

I’ve encouraged managers to reset the playing field to make sure that each role – even if someone doesn’t have all the skills and experiences – to make it known and seen that you want the very best people from the most diverse background.

There is a responsibility for the senior leadership of a company to have a great diverse workforce, and for boards and shareholders also taking their part of the responsibility to make sure that progress continues.

On quotas for women in business

I have never been in favour of quotas and I’ll explain why.

There are certain dysfunctionalities that are very well addressed by quotas. [For example] in a society that has been inequitable, you need to make that society more equitable and you need to take dramatic action to address years of dysfunctionality and imbalance.

But as someone who sits on public company boards, one of the things I’ve always felt is that as an individual when I go to speak on that board I want to believe that I am there on merit. And I want everyone else to know that I’m there on my own merit as a woman who’s transformed businesses, who loves to do new and innovative stuff, who’s lived and worked in four different continents. I do not want them to look at me and say, “You know what? We kind of had to have her didn’t we?” It’s hard for me to support a policy [like quotas] that I know in my heart when I come to deliver it, it is different.

I think it’s more about building a pipeline of brilliantly capable women – just as IBM is doing from the graduates that come in, the early management roles they’re given, and the opportunity to live all over the world.

Also sometimes you need to be careful about the unintended consequences [of quotas]. Norway and Sweden did wonderful things for the equality of women, but they are now running out of women because all the women they had in the pipeline have been used to fill quotas on the boards of publicly traded companies.

But if we don’t see more dramatic change then I guess we’ll need to look at things very differently.

Harriet Green is speaking at Computer Weekly’s annual event for women in technology on 23 June 2016 – click here for more details and to register for the event.