Latest Blog Posts
Related Content
BlogRoll
Latest News
Download Computer Weekly
If you have not noticed, it’s been raining a lot recently – in a lot of places. I live in Brazil now, so I’ve seen the wave of rain sweeping across the South of Brazil and causing chaos in São Paulo and the loss of over 800 lives in the region around Rio de Janeiro. 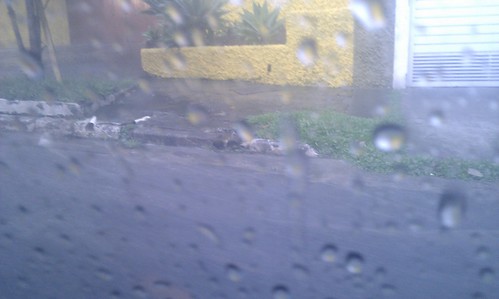 Queensland in Australia has seen enormous floods, with an area similar to France and Germany combined underwater, and other countries have been suffering too, notably Sri Lanka.
When these natural tragedies occur, it’s only natural to want to try to help. It can be difficult to know who needs money, for what purpose, and where the need is most urgent though. When I was sitting in São Paulo watching people in Rio struggling just to survive, my wife said to me that we must offer something to help them. I replied that I would love to, but I just don’t know who is coordinating the response and where the need is greatest.
In the UK, the Disasters Emergency Committee does a good job of coordinating several major charities when there is a big international crisis. In Brazil, I have no idea if such an organisation exists.
And so I was interested when Symantec got in touch to ask if I had seen the website setup to solicit donations to help the victims of the Brazil floods. It’s a scam. Some villains have used the loss of nearly 1,000 lives and the misery of thousands of people, who have lost all of their possessions, to solicit cash from people who want to help. Take a look here for details of the scam as published by Symantec. Not only would the scam solicit donation money, it allows the thieves to capture card details and then suck each account dry. Just because that person was kind enough to want to help.
It would be a tragedy if people are put off from donating to help after major disasters because they fear for the security of their card details. Individuals need to be more vigilant about where they are entering their details to prevent phishing attacks – even when your defences are down because it is a charitable donation. In addition, the genuine charities appealing for funds need to get more coordinated so donors know who can help and how to donate safely.
SearchCIO
SearchSecurity
SearchNetworking
SearchDataCenter
SearchDataManagement
Close