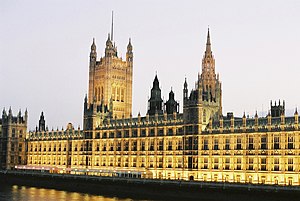 Yesterday, I received the National Audit Office’s report on the BDUK project for rolling out fibre broadband.

r the taxpayer and how it was progressing so far, and there is no other way to describe it than painful reading.

The NAO slammed the government – specifically the department for culture, media and sport – for limiting competition with the process it put in place and not being strict enough on checking whether the figures the incumbent provider BT put forward for the project were fair. But the headline grabbing story is how far behind schedule BDUK is.

Rather than 90% of the UK having access to superfast broadband – which the government defined as 24Mbps and above – by 2015, now we will have to wait until 2017 to reach this goal – albeit with an extra 5% of the population promised coverage.

That is 22 months late. The DCMS has tried to blame agreeing state aid funding with the EU but, as the report points out, this only took six months longer than the initial planned period of five months, so it is a joke to try and place the blame solely at Brussels’ door.

I spoke to the DCMS yesterday and asked for more reasoning – or excuses – as to why this hold-up had happened and they told me: “This is a major programme and the timetable depends on a number of factors including procurement timescales, readiness of local bodies, and supplier capacity. It will also rely on capacity being released from the commercial deployment.”

The spokesman said now the department had clarity on the procurement and implementation timetables they could make “a better assessment of the necessary timescale than was the case when the programme was first announced.”

I’m sorry, but shouldn’t the DCMS have done this in the first place? It has been in talks with industry for years about this project and it should have taken the advice and technical nous of these partners to identify how realistic the roll-out was.

I can’t help but think this is still a money issue. I know I have ranted along these lines before but why are we spending so many billions on other elements of infrastructure in the UK when our internet connectivity is so far behind?

The web is the modern equivalent of roads and rail; it is as the old phrase states the internet super highway! What it can bring in services to the public, economic benefit to companies able to present on a global scale and even just communication between one another should not be put second to a high speed rail line that no-one seems too bothered about and won’t be completed for 20 years.

The government promised £100bn for infrastructure projects last week. Of that, just 0.25% is going to broadband whilst around 40% is planned to be spent on HS2. This makes no sense! Yes, things like the National Programme for IT (NPfIT) show that just throwing money at the problem doesn’t always work, but there is no doubt in my mind better funding would speed the roll-out and put some of the original goals back on track, plus you cannot argue austerity when there is £100bn in the pot.

Both in Europe and the wider world, speeds are shooting through the roof and governments are accepting the need for superfast internet connections. Here we are now saying everyone will have 2Mbps by 2017. That goal might have been ok when labour touted it for 2012 but with the EU setting a target of 30Mbps for all by 2020, it is just embarrassing how far behind the curve we are.

In the end, it is the UK that will suffer for this dawdling and the mistakes made by the DCMS. We cannot compete on the global stage in business and innovation with the basic technological foundations missing and rather than pushing back deadlines and crying about the deficit, the government should stand up, open the public purse and start pushing this project forward at the rate it should have been from the beginning.