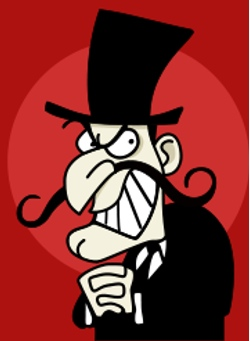 So why did you take this undeliverable £multi-billion IT project on?

The Boo-Hisssstems Integrators were up before parliament again this week. MPs on the Public Accounts Select Committee wanted to know why the computer systems they’ve been building for the NHS are so expensive, so late and so not working.

Committee chair Margaret Hodge wanted to know why BT and CSC why contracted to do the work when it had clearly been undeliverable from the outset.

It’s a good question. The government had in 2002 offered the entire administrative health IT market and payments of billions to what was then just five suppliers. The Department for Health would effectively banish the existing health IT market. It’s five favoured suppliers would each get a ready-baked regional monopoly.

No matter that it was unfeasible. The Boo-Hissstems Integrators couldn’t lose, as has become apparent now the programme is running seven years late and the government shows no sign of ceasing to subsidise their failure.

The healthcare presidents of BT and CSC, sole remaining suppliers of patient systems for the NHS IT programme, tried to persuade the committee Monday they had got the sprawling project under control. They claimed they hadn’t finished the job till now because users’ needs had changed.

Had they not taken so long over it, the system would have been delivered before the world had moved on. So here we are, 10 years later, and Margaret Hodge is having to ask them if they will ever finish the job – which she did.

She didn’t get a straight answer.

Just how cushy these suppliers have had it under their NHS contracts became apparent when the committee turned its attention to Patrick O’Connell, president of BT Health. (See from 16.30 minutes in).

Both execs behaved as though they had the largest pensions in the room. But O’Connell showered the committee with patter not heard since Terry Thomas graduated from the School for Scoundrels.

Hodge was livid over BT’s having charged £20m-a-site for patient records systems. Was this what BT called value for money? 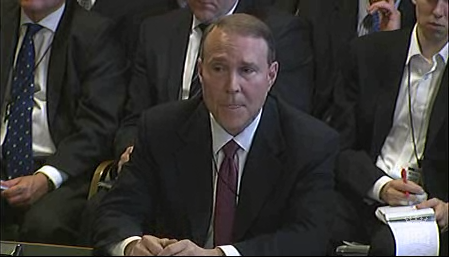 “I think the benefit the systems’ producing are equivalent to the value for money you started out [with] before it was rearranged into a different setting that will not only produce value for money, it will produce more value for money going forward,” said Terry – sorry, Patrick.

He made a mockery of the inquiry when Ian Swales, the mild mannered MP from Redcar, took the gavel.

Swales, clearly a decent man, started out well enough. The software’s simple to produce, so where has all our money gone: surely its a failure of BT management?

But he started flapping. His question became babble. It was as though there was something withering about O’Connell’s stare.

“You mean BT management?” asked the BT president reproachfully. A condescending smile fluttered near the corner of his mouth. Ho, you little worm. So you think you can spar with me? 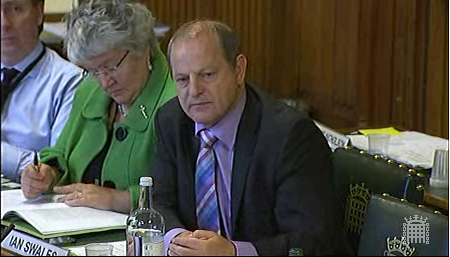 Swales was going to spar, yes.

“The software costs are trivial,” persisted the MP.

“A teenager in their bedroom can automate an email from one system to another.”

And so the contest was on.

O’Connell wrestled like a Hydra over this simple question of how much of the billions wasted on NHS IT had been hoovered up by BT management.

He played dirty. He swatted at Swales with a suggestion the MP was doing a poor job. Then he described just how significant were the forces at his own command, running as he was, or claimed to be, the largest such public IT system in the world.

He finished with some smug sales patter.

The combination of a threatening tone, belittling look, a put down and a puffed chest had been enough in the space of just a few moments to cause the MP to sag like a classical hero in the jaws of defeat.

Swales began mirroring O’Connell’s patter about the size of his IT project, repeating it as though it was a question from the committee. All seemed lost.

“So were we wrong to ask for it then?” was all Swales could manage.

It was a wilting repetition of the claim made by Boo-Hissstems Integrators that customers were at fault for public sector IT failures because they asked suppliers for the wrong thing in the first place.

Hodge stepped in like Hercules’ faithful charioteer, and Swales got back to his feet, a little unsteady.

“So can you answer my question?” the MP blurted.

But he was weak from all the flapping. He asked how much BT and NHS management were to blame for the mess in NHS IT. It gave O’Connell a way to slither round the question. 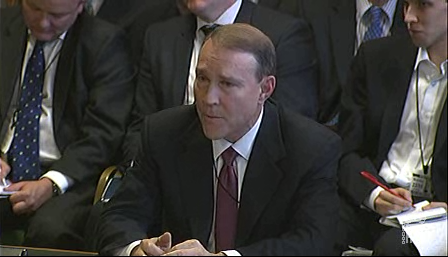 “I don’t think that’s the issue,” said the BT exec, setting up his misdirection.

“If you are talking about NHS staff, we have found them to be perfect, dedicated, committed, and have worked extremely hard to advance health care in a very evolving and changing environment.”

O’Connell mocked a little choke of emotion as he spoke.

He ended with a little laugh. This was childs play. He thought he had the day.

But Swales would not give in.

He might not have had the wherewithal to handle the BT exec’s deceits. But he was a representative of the people. He lifted his last question like a great, blunt sword and whacked it over O’Connell’s chuff about the poor, offended NHS staff.

“The delays are all down to your companies, then?”

O’Connell lost his poise. Did this pipsqueak MP not know when he was outclassed? He got tetchy, the last recourse of the playground bully.

What users wanted today was different to what they wanted 10 years ago. Every NHS Hospital Trust wanted its own internet domain nowadays. He concluded with a feeble cad’s flourish: “I don’t know if you know what a domain-per-trust means?”

Hodge called order, noting that what NHS users wanted today was exactly what they wanted 10 years ago – a working system. 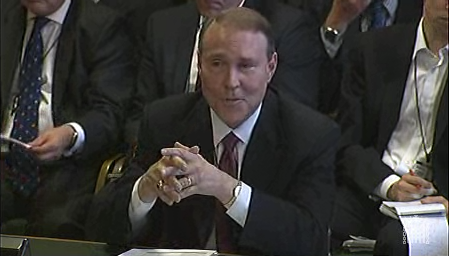 Now it was O’Connell’s turn to babble. His game was up.

Richard Bacon, the heavy-hitting MP from South Norfolk, asked him about the trouble the National Audit Office had trying to reconcile numbers submitted by BT with those from the Department of Health.

O’Connell tried to claim there were no such discrepancies.

He started flapping. BT’s numbers did reconcile with those of the DoH, he said. He suggested the government auditors had got their numbers wrong. His heavy gold jewelry flashed for the video cameras.

Bacon was trying to find out why BT was charging £9m per site for a records system that should cost under £2m.

“That’s part of the numbers we are trying to reconcile,” said O’Connell, drawing laughter from onlookers at the back of the committee room.

The committee was none the wiser on the numbers. And it won’t be till it can open BT and CSC’s books. But it did get a measure of these Boo-Hissstems integrators.