UK corporations and government have slipped into a cosy understanding about the coalition’s transparency policy.

The government had pledged to make its business dealings wholly accountable to members of the public. That meant publishing all its contracts in full. But it arranged instead to let corporations ignore transparency when it suited them.

Corporations had already begun publishing their public contracts in full when it suited their financial interests. It just hasn’t suited those corporations that have been doing business with the UK.

It has suited them, however, when they’ve been doing business in sectors or countries with a reputation for corruption, where multinationals have been under pressure to prove they are kosher and there’s a broader economic interest in making corporations accountable.

Tullow Oil plc, a British company that has become so committed to transparency, has for example seen fit to publish, in full, original, signed copies of contracts it makes with uppity African states where incessant war and corruption make visitors more careful of their manners.

Take the forthright transparency evident in the contract Tullow released for a 2006 deal to exploit the Tano deep water oil and gas reserves in Ghana. It makes the partial transparency managed by companies in the UK – most notably those companies that helped the coalition government engineer its transparency policy – seem a little lame in comparison.

The UK played a prominent role in the international initiative under which Tullow made its commitments to transparency. The story goes that this was for the sake of democratic accountability as much as financial necessity. Thus being both morally and financially righteous, the case for transparency left little room for exceptions.

The World Bank working group that developed the international initiative reckons there’s no excuse for anything but full contract transparency in all but the most exceptional circumstances, regardless of whether a corporation operated in the political vacuum of an oil-rich war zone, or in amidst the political sophistication of a post-industrial democracy.

There’s no excuse, say transparency campaigners, because the full details of any contract are already known to anyone in the business world who cares to know them. The only people who don’t know are the citizens who are ultimately subject to it. 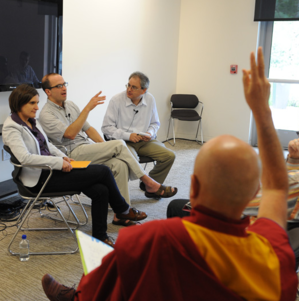 “Most contracts can be published without redaction,” said Charles Kenny, academic overseer of the open contract initiative, in a report last November of the international Working Group on Contract Publication, where Tullow Oil is represented.

“As a practical matter, for large contracts … the final provisions are known by hundreds of lawyers, advisers, financial consultants, and others.

“It is hard to imagine a competitor determined to know what was in the contract would have too much trouble finding out,” he said.

Gavin Hayman, director of the Open Contracting Partnership, was spun out of the World Bank in January, told Computer Weekly it was perverse that the only people who couldn’t see what corporations where doing were citizens.

“You can buy a lot of contracts online,” he told Computer Weekly before he took up his post. “They cost a lot of money. But everyone knows exactly what’s going on. [Corporations] are scrutinizing each other all the time. They all know what’s going on,” he said.

Hayman was previously director of Global Witness, a charity campaigning for “full transparency” of business in the mining, logging, oil and gas sectors.

“We believe the only way to protect peoples’ rights to land, livelihoods and a fair share of their national wealth is to demand total transparency,” the charity says on its website.

The coalition government had originally applied the same principles to public sector business in the UK. But in a society where public bodies have been privatized persistently for forty years, much of what would be made accountable has been transferred to a domain beyond the reach of public power. The coalition primarily pledged transparency but primarily strove to do more privatization.

Though whether you think it motivated more by one or the other is a matter of perspective. One follows the other, if not perhaps as quickly or a surely.

But even those public services that remain under the public gaze have been held less accountable to it than they might, after the government came to its cosy understanding with business. For while less transparency was convenient in principle, it was inconvenient in practice.

Cabinet Office had allowed UK corporations to use exception clauses in the Freedom of Information Act to redact any information from their public contracts they deemed confidential.

Yet some experts say it became a chore for them to go through contracts and work out what they should redact, and for public bodies then to judge their redactions and challenge any differences. That may explain why certain redactions appear to have become routine.

Moreover, the coalition’s transformation of public services into commoditized cloud computing utilities has caused public contracts to be simplified so much that they have become pamphlets listing standard terms-of-sale and otherwise redacted of their most distinguishing features such as pricing and people – arguably the most important details in a world where who gets paid what to do what by whom may say more about a public deal than anything else.

It seems then coalition policy increased corporate power over public life when it claimed to be striving to increasing public power over corporate affairs.

Its public contract transparency was enough to aid commerce, by turning basic information about the market into a market commodity, but not enough to make corporations fully accountable to members of the public.

It meanwhile put more public business into private hands where it wouldn’t have to be transparent at all. Corporate interests determined what should be transpare nt and what not.

This cushy corporate compromise was apparent when the Confederation of British Industry declared last year that public contracts should be published, “as long as the customer is happy for this to happen”.

Private companies were believed to be behind the widespread redactions of open public contracts. But the CBI seemed to be suggesting it was government that wanted transparency curtailed.

Others supported this position. The international working group cited Margaret Hodge, chair of parliament’s Public Accounts Committee: the redactions were typically made by government.

Cabinet Office guidance had actually said in 2012 the matter would be decided by the Freedom of Information (FOI) Act. It gave companies 23 possible “exemptions” from a demand they publish information. The government would get final discretion. Most of the exemptions were related to state security, diplomatic relations and national economic interests. Information would be redacted if it was in the national interest to keep some business arrangement secret.

But really, companies were making most of the redactions themselves. Of the two FOI exemptions most frequently used to justify them (when they bothered to give a reason at all), one would always be at the company’s discretion. That was commercial confidentiality: i.e., anything they decided was in their commercial interests to keep secret. Public bodies might contest their decisions if they could really be bothered, or had time and money to do it.

The other was personal information: a routine exemption that led absurdly to Contracts Finder, the UK’s public contracts register, being stripped of the names of people responsible for overseeing, designing and building public works. This was claimed to protect their privacy.

Either way, the CBI was applauded last year for coming out on the side of transparency and accountability, when really it came out only for transparency.

Accountability was used to sell the policy to the public. But its purpose was to make markets more efficient by increasing the flows of information that made markets work well: basic information about the deals done, but not so much that private businesses would become fully accountable to the public.

Prime minister David Cameron had even emphasised accountability and commerce when he put the policy to the electorate; and dropped the accountability part of the spiel when he got settled into power (and had but to convince businesses it was good for them too).

This sort of commerce had also been the founding purpose of the World Bank, the “Bretton Woods” institution behind the international open contracting initiative: to open markets, to promote free trade.

It had a less accomodating view of redactions because national interests were different abroad, where corporations needed to extract vital minerals and resources. It was also relatively straightfoward, calling for full transparency in the primary industries. It would be a different matter back home, where information itself was becoming a tradable commodity along with the algorithms and even business relationships applied to it. Redactions were therefore becoming more likely back home, where it was in commercial interests, even though it the information economy would have greater implications for accounability.

That’s not to say the initative pursued open markets at the expense of democratic accountability. One naturally begets the other, with exceptions.