Rather like cloud computing and green eco-aware initiatives, open source has sometimes suffered from being added as a “label” to projects that (for the most part) remain predominantly focused on licensed sales with only an “element” of open source.

So is open source ever used a marketing badge to try and evidence some kind of community contribution effort that is actually downplayed internally?

There’s “cloudwashing” and “greenwashing” after all i.e. sticking the cloud or green label on a product just to try and market it.

Could there be such a thing as “open source washing”…?

Going forward, this may prove to be one of our open source challenges, but it doesn’t stop there.

Open source developers have always enjoyed tremendous free-reign – that’s the point after all. Being able to choose from code, components, plug ins, documentation and developer forum support spanning quite literally thousands of projects is a surefire route to widespread innovation and project enrichment, one would logically argue.

There’s still a problem though.

Technology orator Brian Proffitt writes on IT World suggesting that, “Anecdotal evidence in the open source community seems to be demonstrating that the very opposite is occurring: new projects are often reinventing the wheel in their code, rather than partnering with someone else’s project.”

Aitken writes, “As I look around the FOSS ecosystem I’m beginning to see a trend towards something I call ‘super communities’, or ‘communities of communities’ – essentially, these super communities are vertical industry-driven open source communities. The core driver for these groups is the recognition by certain industries that a substantial portion of the software they develop is non-differentiated software that absorbs a significant amount of resources that could otherwise be used to innovate, differentiate and compete.” 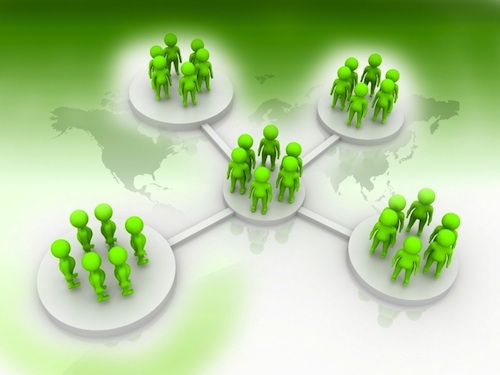 So where does this leave us?

Could open source development now suffer from excessive “grouping”, we have seen plenty of “forks” already – neither of which lead us towards community contributed harmony do they?

Frighteningly close the forking, we find the term “fragmentation” — follow that thought process one step further and your get “balkanization” and suddenly open source is not a pretty place.

Your writer’s own opinion?

Thank you so much to all readers of this blog during this year.

Good luck, good health and prosperity for the new year.