Attachmate’s acquisition of Novell in April this year was bound to cause a few upsets. It appears though that one of the biggest tussles has actually been internal.

It appears that Novell failed to give the Mono project the scope its engineers felt it deserved and required; as such, the company has been openly reducing its Mono-focused workforce to what has been argued to be the detriment of the long-term health of the Mono project.

NB: Mono exists to make .NET applications cross-platform and extend the scope of Linux tools development. Mono’s wider mandate is also to provide support for a broad range of architectures and operating systems.

The Mono team had in fact been trying to spin the Mono project off from Novell for more than a year; however, the plan was not executed. 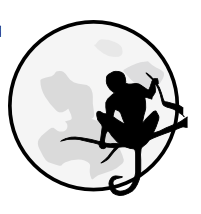 So this week we see the formation of a new force in the open source world. Founded by Mexican open source champion Miguel de Icaza, the man who started GNOME and Mono itself under Novell, Xamarin is a new company that hopes to further Mono’s cause from this day forward.

… and de Icaza has taken the original Mono team from Novell with him too!

Just as “mono” means monkey Spanish, Xamarin derives from the Spanish for the

According to the project’s website, “We believe strongly in splitting the presentation layer from the business logic in your application and supporting both your backend needs with C# on the server, the client, or mobile devices and giving you the tools to use .NET languages in every desktop and mobile client.”

After Xamarin’s initial focus on the iPhone stack, the Android stack, and then the Moonlight ports to both platforms, the team says it will work to ensure that new versions of .NET for the iPhone and Android will be “source compatible” with MonoTouch and Mono for Android — products that will be essentially commercial offerings, built on top of the open core Mono.

The team is currently looking for a Dragon’s Den style “angel funding;” cash support from private sources to support its growth.