Pentaho (let’s remember to call it a Hitachi Group company) has announced news of its labs team now completing development of native integration for Python. 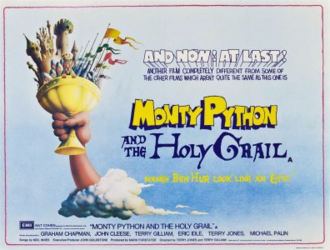 Well, the core spin here is: that new thing called ‘data science’ being placed in the hands of the developer community with added crispy topping of predictive modelling.

The idea here is… through Pentaho Data Integration (PDI), data scientists (yeah, it’s a job) can now use Python, which is widely agreed to be one of the most flexible open-source languages to increase both productivity and data governance.

The big promise here, of course, is that they can do this while spending more time on predictive analytics and machine learning.

She blinded me with data science

“As the field of data science continues to grow outside the world of research and statisticians, it is important for our team to arm developers with a wide range of programming languages. R was developed as a language by and for statisticians, while C++ or Java requires extensive coding,” said Will Gorman, VP of Pentaho Labs at Pentaho, a Hitachi Group Company.

“Python provides developers another option for data science with a general purposes language. With these languages, data scientists have the ability to use the most appropriate language with increased use of data preprocessing though PDI,” he added.

Pentaho suggests that Python is the preferred language for deep learning researchers and that it provides engineers in data science the ability to more easily develop predictive models.

“Python is widely deployed by developers and engineers to create statistical analytic workflows, particularly in areas such as finance, oil and gas, and physics,” said Matt Aslett, research director, 451 Research. “We see Python as a primary language for artificial intelligence engines and Pentaho’s native integration of Python will allow organisations to apply their deep domain expertise and improve predictive analytics and machine learning algorithms.”