We love Xbox One, but there’s one problem… it’s just too big of a box to think about taking away in your carry-on flight bag when you go away for a weekend or a little longer.

Mobile gaming is good, but there’s that huge drawback with touchscreen phone games where the ‘controllers’ (virtual graphics-based joysticks and fire buttons) are placed on the screen.

Wouldn’t it be great if we could leave our Xbox One at home, just take the controller and connect it to our smartphone? That’s what Venom Travel Kit for Xbox One does… so what do you need to know and is there any sting in the tail here?

Venom is a UK provider of gaming accessories. The Travel Kit for Xbox One is available to pre-order from Amazon.co.uk at the price of £19.99 and it is also available from some gaming retailers.

What’s in the box?

Inside the cardboard packaging, we found a fully adjustable phone and controller clip (suited to most 4-7” smartphones and standard/Elite Xbox One controllers).

There is a rather lovely and sturdy protective travel case i.e. something you’d want for taking your controller anywhere regardless. Really nicely made and tough.

“We know that lockdown has been a tough time for everyone, and a lot of us have probably become quite attached to our consoles,” laughs Kelly Rist, marketing manager for Venom. “We wanted to create something that was portable and efficient for gamers on the move especially with streaming services like xCloud paving the way for more mobile gameplay in the future. The Travel Kit feels like the ideal solution for those of us who are starting to leave the house and it’s also pretty good to use whilst laying on the sofa at home too.”

The kit also includes a 2 metre USB to Micro USB charging cable and a set of new thumb grips. The new grips mask over the small ‘well’ for your thumb on the original controllers and are tough to get on and off, but some users will no doubt like them.

We had the following thoughts on this product. As mentioned, the packaging and build quality is all great. There are no instructions at all, but then how hard is it to clip a phone to a phone clamp?

The connection is achieved by hitting the Bluetooth button on your XBox controller with your smartphone on.

Initially, the effect is strange i.e. you’re used to using the Xbox controller with your massive home screen, so suddenly you’re looking at a device that’s about 6 inches long, so you almost start squinting… it takes a while to get used to the switch, but it’s worth it for the gaming freedom

It feels like you’re going to scratch your XBox hand controller when fitting it, but in fact it doesn’t damage it at all.

It’s tough to get your Bluetooth connection back to your main Xbox without turning off Bluetooth on your smartphone and restarting your Xbox and then hitting Bluetooth on both the main box and the controller — but then, after all, you are supposed to be using this AWAY from your XBox while you are traveling.

Here are all the Apple Arcade games that support controllers 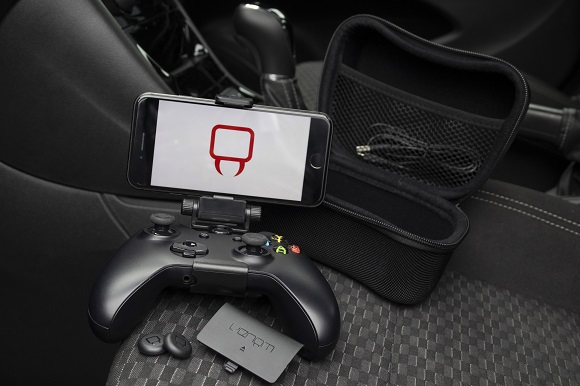