In terms of so-called first world problems, we all have them from time to time.

I can’t make spaghetti bolognese tonight as I only have linguine or pappardelle. My Internet access at home is sluggish and I’m not able to download a movie, a video game and watch the online news channel that I like all at the same time. Or perhaps the best one of all: this used pizza box is too large to go in the trash can, I’ll have to carry it out separately.

Then there’s, your [Xbox] controller batteries are low… and hey, that can be a real issue when you’re on level x+1 of Super Galactic Death Match On Mars Volume 2, right?

The Inspect-a-Gadget elves have first-hand experience of this problem and – as a result – we keep a plastic tub of rechargeable batteries next to our Xbox in order to be able to affect a replacement at speed when the need arises, which it often does.

Because of this ‘issue’ that we’ve been living through, we were interested to find out more about Venom’s charging range for Xbox Series X and S. The new range of peripherals is designed to help extend playing times and avoid frustrating mid-game power-loss.

Gamers can get their hands on the latest model of Venom’s flagship Twin Docking Station (SRP £19.99 at the time of writing), accompanied by two 850 mAh batteries, to keep their controllers powered.

The cable that comes with the pack is seriously heavy duty and is a generous 3 metres, with a 1.5 metre split so that two gamers can play and charge their controllers at the same time, which is of course good for multi-player action.

Power up your power

Venom tells us that you can simply plug the cable into a free USB port on your Series X or S console, insert the battery packs into your controller and drop onto the Docking Station to charge.

Which, let’s be honest, is a good point i.e. the Xbox console itself has a USB slot in the front and – although Microsoft has made this USB slot ‘slightly proprietary’ in that not all external headphones etc. can be plugged into it – does work just fine in terms of supplying power to the Venom dock… and that’s quite nice because now you can rest your handset on top of your console to charge when you’re not playing, being sure to not cover the heat dissipation part, obviously.

Handy LED lighting lets you know when they’re ready to use and there’s a Single Docking Station (SRP £14.99) option to, designed for gamers who prefer those single-player games, or simply have a third controller to charge!

“We’re excited to be bringing our next generation of high-quality, affordable products to the Xbox gaming community. Venom charging products have become a must-have for any gamer looking to level up their play and gain a competitive edge, and our new range will help them do just that,” said sales director at Venom Tom Hodge.

Venom itself is a UK brand that has been working since 1999.

Finally, then, we’ve seen these plug-in battery units before and there’s one potential drawback – they’re easy enough to clamp in but almost impossible to get out again.

No such worries this time and the battery is easily removable, which is amusing in a sense as now you don’t need to… well, perhaps you want to switch to AA batteries while you’re on the road for some reason. All in all, this is a nice luxury (and the build durability level is unquestionably pretty high), so you’ll never have to worry about re-charging again. 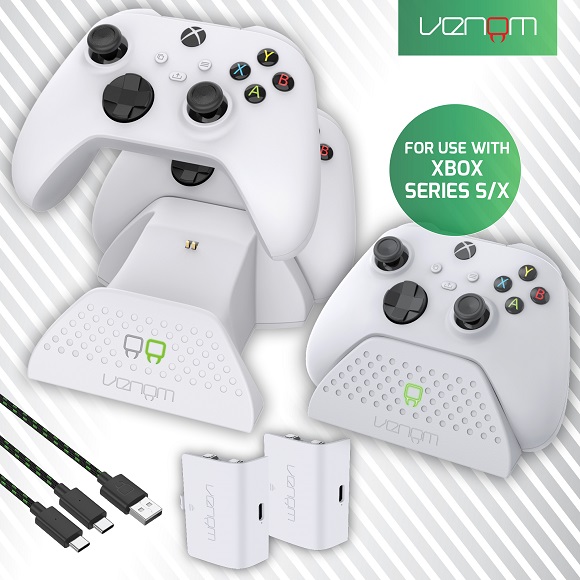 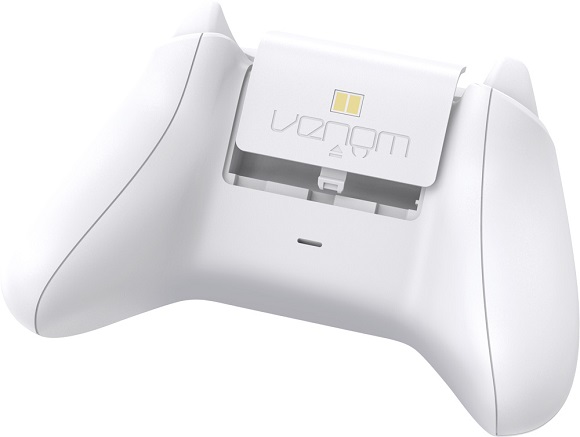 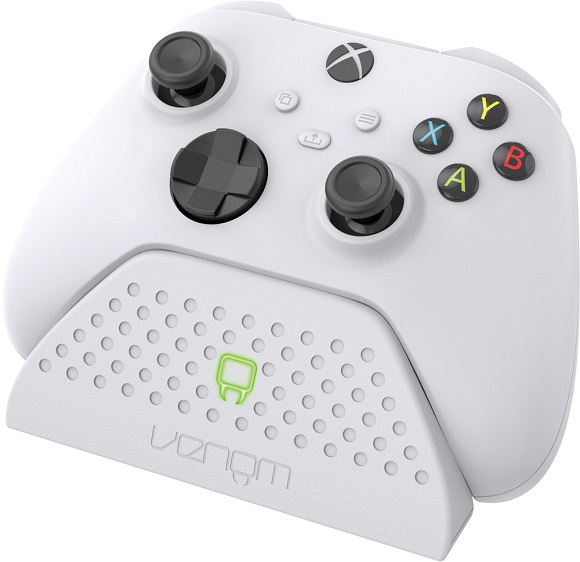