As any dedicated gamer knows, you need to have ‘everything just right’ in order to get the most fully immersive experience out of the challenges you set yourself in console land.

Gone are the early days of the Atari 2600 and its fairly joyless joystick that would have been better employed as some kind of device for making the holes in homemade bagels.

PDP makes a range of gaming accessories and we tried them out in advance of the festive season to get a grip on whether we could be doing better.

The PDP stands for Performance Design Products (we are told) and the company’s focus and brands are different enough to warrant this story.

The company claims to be the market leader in 3rd party controllers and one of its core units is the PDP Wired Controller for Xbox One & Windows. This gamer’s tool comes with non-slip grips, textured triggers and shoulder buttons.

There’s enhanced gameplay with vibration feedback (from dual rumble motors) and an audio control button located directly on the front of the controller, so you can adjust game and chat audio levels without interruptions.

The device has a 3.5mm audio jack for chat with friends and an 8-foot detachable cable. It is compatible with Xbox One, Xbox One S, Xbox One X and Windows.

In terms of use, we liked the device. It’s lighter than the Microsoft unit that comes with your Xbox and for some games that kind of feels right, especially ones where you’re doing a lot of walking, driving, riding or generally just moving forward… so think Assassin’s Creed, Far Cry or perhaps even Tomb Raider.

Also from PDP we looked at the LVL50 Wireless Headset for Xbox One.

Although we’ve played with some Sennheiser wireless cans which do have a ‘virtual touch-based finger slider’ volume function on the side, PDP has kept it simple, in a good way. These headphones have a volume dial, on the side.

This is superb for games that feature a real mix of loud and quiet moments such as Just Cause i.e. one minute you’re sailing along listening to the lilting theme music as you fly a plane or use the wingsuit – and the next minute you’re wreaking havoc by blasting out a township in a helicopter gunship… and now you can adjust your volume accordingly without getting up.

“This wireless stereo headset delivers dynamic sound through a pair of powerful 50mm High-Definition drivers. Hear your games the way you’re supposed to and make sure your commands are received loud and clear through the flexible noise-cancelling mic. Make volume adjustments on the fly with convenient on-ear audio controls,” notes the company, in its product materials.

The headphones themselves have breathable nylon-mesh over-the-ear cushions and an adjustable lightweight headband. It’s better than some we’ve tried for long gaming sessions.

It works wirelessly with the Xbox One Console via USB dongle up to 40 feet and there’s a battery life of up to 16 hours.

Overall… PDP’s kit makes a lot of sense, the company appears to have taken the ‘obvious’ route to making its products likeable, workable and playable. 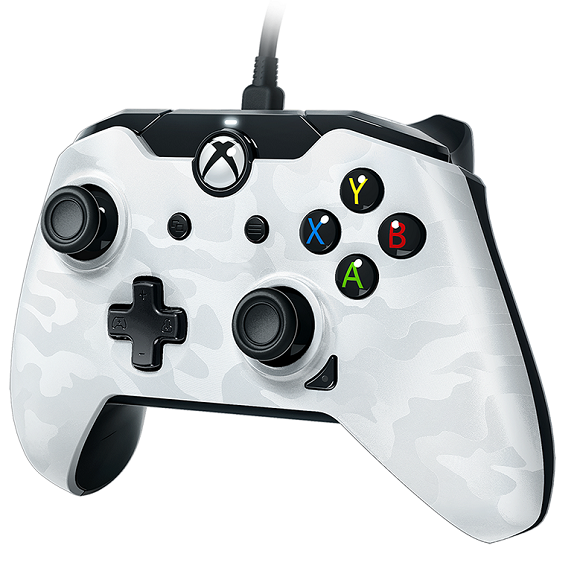