Inspect-a-Gadget has been on the road — it’s been a busy tech conference season and so all the normal home comforts have had to be forgone for a good part of the autumn period.

Upon getting back to base though, the go-to comforts include a portion of non-chlorine washed chicken, a cup of proper tea and a serious blast in the gaming chair (okay it’s a couch, but it’s a place to park).

As an additional treat this holiday season, we got to play with the HyperX Cloud Orbit S headphones.

This is a heavyweight piece of kit.

They’re heavyweight not as in they weigh a lot (even if they do come it at heavier than most at 368g), but heavyweight in terms of functions and complexity.

These cans are built with what 3D audio technology from sound-specialist company Waves, that creates a three-dimensional sound space.

Once you cycle through the different 3D sound options (ON, OFF, MANUAL or AUTO) using the button on the left-hand side of the unit (all controls are on the left headphone unit, so PC gamers can use their mouse more easily) then you get immersed in a very strange, but good, sound experience.

The 3D modes are detailed as follows:

The sound is crystal clear and lustrous (you’d expect it to be for £269.99 a pair) with finely laced treble notes, subtly intertwined middle notes and warm pillowy bass tones — but that’s not the real point – the point is the 3D effect.

To explain how this plays out (literally and figuratively) allow us to give you the official explanation and then the oh my gosh this is weirdly good version.

What that means in less technical language is that wearing these headphones provides a surreal experience. Plugged into an iPad to listen to music you would swear that there’s music playing out loud in the room you’re located in – the headphones provide a kind of ‘loudspeaker effect’ (as if you’re sitting in front of a real speaker) so if you move your head left or right, the sound with shift left and right accordingly to mimic the effect of listening in the real world.

But of course these headphones aren’t just meant for listening to music, they are specifically designed for gamers.

Luckily, Inspect-a-Gadget is very fond of Assassin’s Creed, Just Cause and Tomb Raider. The in-game sound in all three is special, each in different ways.

Moving through catacombs and dungeons in Assassin’s Creed provides an extra sound experience i.e. you actually turn your head to look for dripping water, cracks in the buildings you’re walking through or distant bangs caused by intruders — and of course those head-turns heighten the experience because of the Audeze planar magnetic drivers already described. Tomb Raider provided a similar experience.

For a race we fired up Forza, which was great, but not quite as immersive as a third-person perspective adventure type game, but that’s obviously a matter of personal preference. Just Cause bangs, crashes and explosions were also glorious, but then they’re already quite fabulous in 2D sound.

There is a noise-canceling microphone with detachable jack, but we didn’t play with that too much — the core sound quality appears to match that of the headphones themselves very closely.

On the downside, the Cloud Orbit S requires a wired connection and the user can choose between 3.5mm, USB-A, or USB-C. Cable lengths are shown below, but you could buy longer versions if you really wanted to and the cable only has to go from your head to your XBox or PS4 handset or your PC. Connection options are as follows:

If you’re a serious gamer and want to experience another level of immersive inclusion, then these cans could well be a head-turner for you. 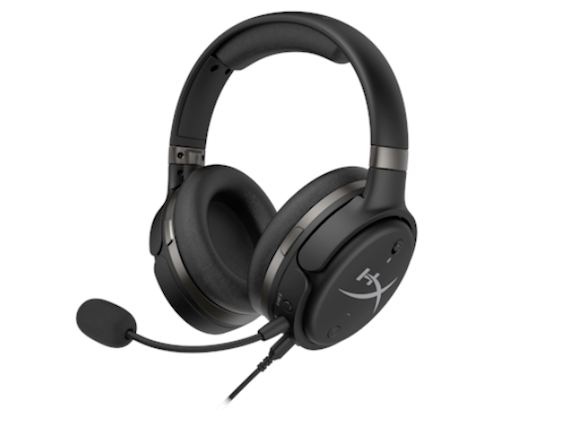