Okay, so let’s start with a real world use case story to justify this product review.

I have been using a Huawei Mate 20 Pro to play my music on — and, as this smartphone comes with no headphone slot, I’ve been carting around the 3.5mm jack-to-USB-C connector on flights and while walking to meetings — looking after it carefully, in a little box.

One of the nicest things about the Jabra Evolve 65t earbuds set is that they come in their own little box, which is in fact smaller than the one I have been using to ferry about my pesky headphone cable.

Making the leap from cable-bound headphone duress to earbud freedom has been a revelation. Who knew shopping in Lidl could be done to the beefy grungey beats of Soundgarden as you drown out your fellow shoppers and the incessant beeping tills?

Now obviously I could have used ANY headphones to turn Clapham Junction’s Lidl into a late 1990s Seattle grunge-fest, but the point is, I never bothered… basically, because ‘traditional’ earphones with cables are often just a little too much hassle.

The Jabra Evolve 65t is so convenient, so quick to Bluetooth-connect, so quick to put on pause (a quick tap on the right earbud does this) when you need to speak to a till assistant (or any other human being) and so high-quality in terms of build and sound quality, that shopping any other way simply doesn’t cut it anymore.

We tested Jabra’s Evolve 65t on a flight from London Gatwick to Zakynthos. The passive noise cancellation technology worked well enough to block out most of the sound from the Jet2 engines. Users slide the earbuds into their ear canals and then ‘rotate’ them into the natural shape of the earlobe that they have been ergonomically built to align to.

Unless you have extremely strange ears, they should fit in snugly.

We also tested this unit on a conference call. The earbuds switch to auto turn-on as soon as you take them out of their case and the built-in four-microphone Ambient Noice Cancellation (ANC) technology worked perfectly. The caller at the other end didn’t know whether we were using a telephone or not.

Jabra has built the Evolve 65t with enough oomph to power 5-hours battery on a single charge — and that ups to 15 hours with the pocket-friendly (Ed – I think they mean it’s small) charging case.

The whole package ships with two extra pairs of silicon rubber earjels. This way you can fit them snugly into your headspace whether you have small, medium or large lugholes.

There’s a Bluetooth adapter for PCs or laptops built without Bluetooth if you happen to have one… and there’s a charging cable too.

The cable may, possibly, be the only shortcoming with this device i.e. Jabra has used the fast-obsoleting micro-USB port rather than USB-C… but hey, we’ve all got plenty of devices and cables with the old standard too, right?

The earbuds themselves run Bluetooth v5.0 and users are encouraged to download the Jabra (free) Sound+ app from either the Apple or Google stores in order to keep the device firmware up to date.

In its bid to position the Evolve 65t as a truly UC-certified product (as in Unified Communications), Jabra has also included the ability to pair up to 8-different devices with the unit… there is also voice assistant support for Amazon Alexa, Siri and Google Assistant. The product is certified for Skype for Business, Cisco, Avaya etc.

According to Jabra, “With the Evolve 65t you can instantly connect to Amazon Alexa, Siri, or Google AssistantTM, allowing you to get the information you need – whether that be setting appointments, finding nearby events, having messages read back to you, or checking the weather.”

More details from Jabra note that users can personalise the sound for calls and music. Users can tailor the sound experience with the customisable equalizer found in the Jabra Sound+ app.

We’ve used other wireless headphone sets before… and a few in-ear offerings too, but this is the best of the crop so far.

Prices for the Jabra Evolve 65t are in the region of GBP £200 at the time of writing… okay so they’re not cheap, but this bud’s for you. 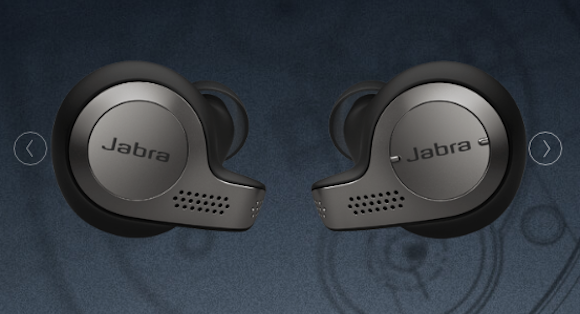