As we are sure you know, we have three true loves over here at Downtime; business, technology and heavy metal.

OK, maybe not all of us are enamoured with the last one but there is still something special when all three come together on a gloomy afternoon in central London.

Today this dream – or daydream perhaps – became reality when the rock and tech press joined together in a basement of a swanky hotel to be introduced to Motörhead phones.

Yes, the infamous rock band headed by Lemmy and famous for the Ace of Spades has moved on from just providing music, gigs and wine (it’s true, the band has launched its own shiraz and rose) to bring headphones specifically designed to listen to heavy music to market.

There are three over-the-head sets named the Motörizer, Iron Fist and Bomber, ranging from £79.99 to £129.99 and all featuring the less than metal velvet cushions for your ears. But, there are also two inner ear sets called the Overkill and Trigger made entirely of metal and costing between £39.99 and £49.99.

As the loudest band in the world, it is amazing any of Motörhead can still hear themselves think, let alone play tunes on headphones, but they seem to love them and we wouldn’t mind sporting these whilst trotting around next summer’s festivals. 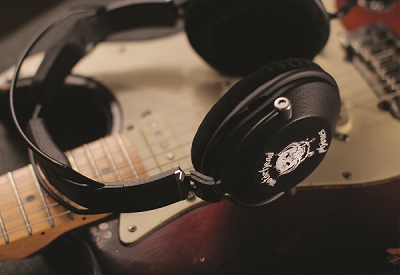