Kodak has ceased production of Kodachrome film after 74 years of production. So the digital revolution has won. Thanks to brain-dead consumers and slick marketing, we are now in a situation where people are lured into buying a new digital camera every two years to keep up the megapixel count.

The cost of processing film is obviously more expensive than a camera memory card. But unlike digital image capture where quality is determined at the time the photograph is taken, film is pretty much future-proof. A state-of-the-art film scanner can create a 35mm film scan with more megapixels and higher quality than the very best pro digital SLRs available today, like the £6000+ Nikon D3x.

In September Warner Bros is releasing the 70th anniversay edition of The Wizard of Oz on BluRay. Digital didn’t exist in 1939. But we’ll be able to experience the best version of the Wizard of Oz to date, thanks to the fact that it was made on 35mm Technicolor, which uses three back and white negative film strips  to create red, green and blue colour frames. These film strips have been rescanned and remastered 70 years later using the latest technology to produce a BlueRay print.

Basically, digital is a compromise. Once a photograph is taken, it cannot be resampled to produce a higher quality image in the future. Digital has won, but ultimately, I think the consumer has lost out. 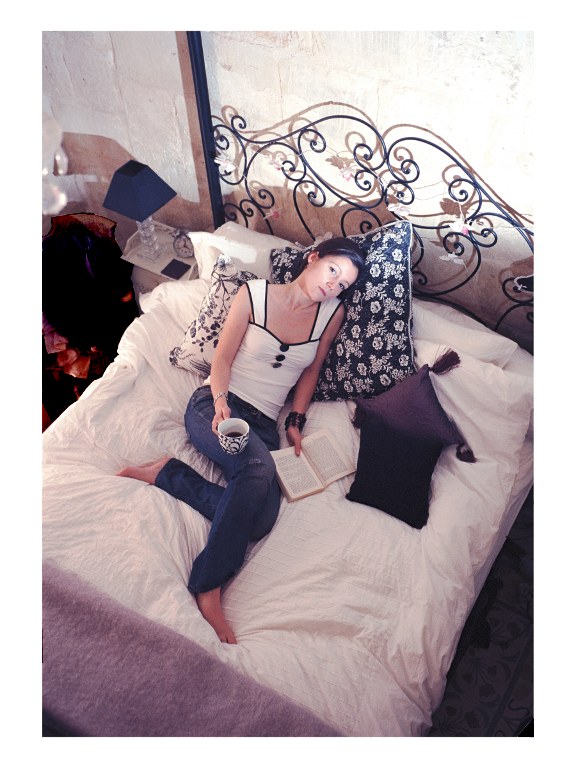 I recently switched from digital back to film and purchased Kodak’s excellent Ektar 100 film. I encourage anyone who thinks film is inferior to digital to buy a roll, dig out their old 35mm film camera (or buy one on eBay), and take some pictures. Choose the best shots and get them scanned in professionally as TIF files. Now you have digital images like the ones that come out of your digital camera, only far better. You can now PhotoShop them to your heart’s content and print massive enlargements. You’ll be suprised at how good the prints from Kodak Ektar 100 look.

Ralph Wilson - 22 Aug 2009 12:21 PM
I have to agree about film producing better photos than digital . . . unfortunately, the ROI for digital (when comparing cost of getting a viewable photo from developed film and digital photos) and the abilitiy to shoot a lot more frames between "canister" changes starts bringing things back onto a level field.

I have a relatively inexpensive scanner (that will scan 4 slides or 6 negatives in a tray) that produces a digitized image that is roughly equivalent to a 25Mp to 30Mp camera's output. For instance, I have a slide of a (very small) bit of the Grand Canyon that was scanned to a 108Mb Tiff .. . which, as I understand it, could produce a roughly 8' by 10' image.

Cliff Saran - 25 Aug 2009 10:02 AM
The other thing about digital cameras is that they follow Moore's Law which governs the computer industry. So each year Nikon, Canon et al up the ante in terms of the tech they can cram onto the camera in a bid to get people to buy the new model.The previous version becomes obsolete because it is far too easy to throw out mass produced electronics in favour of a better device. I don't think we had this much crazy upgrading and disposal of perfectly good camera equipmement, when film was king,

Bilisim Teknoloji - 5 Dec 2010 9:16 AM
I have to agree about film producing better photos than digital

Cliff Saran - 11 Jan 2011 4:11 AM
Not necessarily "better" photos. Film for me was about taking the very best negative to produce the best print. For the masses, in the digital world, mediocre pictures can be fixed robotically, without much human creativity. The HDR-like function on the iPhone will please many people, revealing shadows and highlight details, that would be lost on film and digital capture, but this is far removed from a skilled photographer understanding how light interacts with film or a digital sensor, and then making creative decisions on how to make the best use of the light.