Why did we settle on the name cloud computing for the delivery of hosted and managed service-based computing? All we needed was a term to describe a cavernous domain with (potentially) limitless expanses of space.

Surely “dungeon computing” would have sufficed — or would that have sounded too negative?

What about “ocean computing” — or would that have lacked the alliterative bounce of cloud computing’s double C?

We could have had “cosmos computing” too, wouldn’t that have been even better?

In truth, the reason for cloud being chosen appears to relate to the work of network engineers who will typically spend many hours diligently mapping network devices, constituents and governing parameters with all the granular detail of a fine cartographer.

When these networks began to connect to “other networks” and indeed the Internet itself, the engineers needed a concept that would enable them to denote the existence of a domain about which not all details were known — hence the term cloud was hit upon.

It’s hard to measure a cloud, computing kind or cumulo nimbus, after all. Isn’t it? 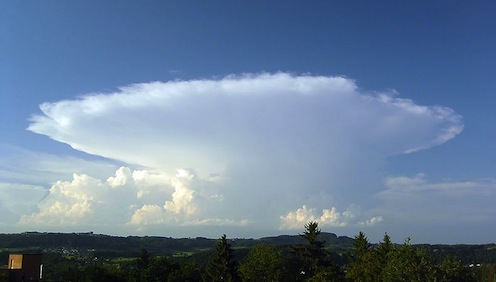 My train of thought has been wandering thusly after I was sent a news story by CA regarding its snappily named CA ERwin Data Modeler for Microsoft SQL Azure, a product designed to helps customers manage and integrate database infrastructures inside a Microsoft SQL Azure cloud database environment.

“Many customers have concerns about moving their data to the cloud, fearing the potential complexity and risk of designing and deploying systems in an off-premise environment. CA ERwin Data Modeler for Microsoft SQL Azure enables customers to make fact-based decisions about which data to move to the cloud, and which to keep on premise,” said the company, in a press statement.

CA has suggested that working with cloud computing technologies effectively will necessitate controls to provide “visibility” into public, private and hybrid cloud environments.

So this is all about creating an inventory of data assets in the cloud (as well as on-premise data too), quite the opposite of the way the cloud was initially conceived (or at least “perceived”) i.e. as an unknown domain.