For software application developers and analytical DataBase Administrators (DBAs) in the retail, banking, government services and related commercial ‘shopping’ space, the promise of a cashless society is good news.

More electronic payments means more terminals creating more data feeding off more apps and that’s just in store… when we consider the amount of e-payments also flying through the web, the number of transactions is spiralling.

But is it all good news?

Journalist Ross Clark wants us to stand back and consider the wider implications of the cashless society. Yes, it’s good news for programmers building Business Intelligence (BI) apps, but what about us as individuals?

Clark’s new book The War Against Cash argues that commercial interests want us to pay electronically in order to collect valuable data on our spending habits, while governments would love us to move to cashless payments in order to control the economy in ways which suit it, not us. If we choose to pay electronically, that is one thing, but we will regret it if we do not defend the right to pay with cash.

Clark considers if a government’s desire to go cashless is a symptom of contempt for democracy — big words indeed.

He explores the consequences for small businesses and scrutinises the link between abolishing cash and fraud prevention. Looking at the global landscape, he challenges why, of all the countries, Swedish banks seem keenest to eradicate the use of cash whilst the Japanese are determined to stick with it.

He also considers the problems with the growth of mobile money in developing countries – where data protection laws are a lot looser than in the developed world.

Software developers might focus particularly on Clark’s chapter #9 entitled ‘Dependency’ – not dependency as in software architecture structure dependencies and threading parallelism for concurrency, but dependency on software at a higher level.

Citing examples of banks inputting data incorrectly and meltdown’s of electronic systems that have affected supermarkets and hospitals throughout the British NHS system, Clark points to the level of dependency we currently put on systems that have grown up in the Internet age… could this again provide some epiphany for those who happily conform to a live ruled by code?

“While I am hugely appreciative of the freedom and opportunities which have derived from the world being connected technologically, I am also grimly aware of how technology can let us down,” writes Clark.

Concluding the book, Clark argues that we should cling dearly to our notes and coins and protest loudly whenever anyone tries to stop us using them.

“We will regret it if we do not,” he says. “We should boycott businesses that try to ban cash and only accept electronic methods of payment. We should run up bills with them and, if they try to decline cash, go and dump bag-fulls of pennies in the foyers of their head offices. So long as cash remains legal tender they will have to accept it. We should protest when public bodies try to run services cashless.”

The message and the takeaway for programmers, arguably, is… think just a little more about the extreme long term effects of creating a networked IT framework that completely digitises our world, because some of the consequences may end up on our own doorstep. 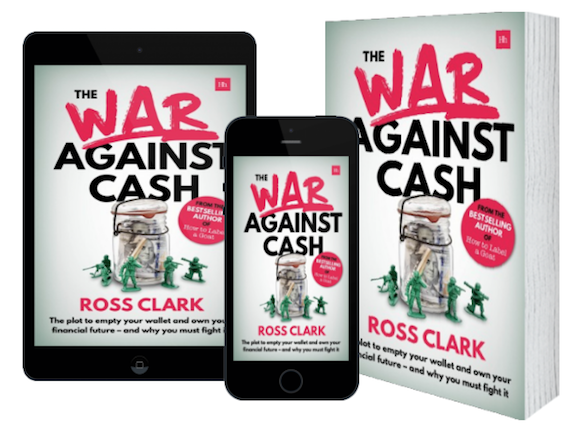