Could Northern Ireland be the next technology bubble about to rise upward and command global attention creating jobs and innovation?

Forget Silicon Glen (Glenrothes, Scotland etc), Silicon Fen (Cambridge, England) and even Silicon Valley or Roundabout — the UK’s smallest province could soon be known as Silicon Belfast (OK, it’s not very catchy) or Béal Feirste to use the Irish.

Economic newswires suggest that the Northern Ireland economy has benefited from major investment by many large multi-national corporations into high tech industry over the last few years.

Companies are attracted by government subsidies, a skilled workforce and (presumably) the promise of an occasional ‘Ulster Fry’ breakfast.

In fact, Queen’s University Belfast is widely famed as the home of the Northern Ireland Technology Centre (NITC) and forms one of the primary links between academic research and industry.

But in terms of tech companies actually operating in the country today, there are many to choose from.

In MOBILE: Jampot’s AppBuilder product promises to allow any user to create a mobile application in minutes. With the recent release of its Android update, users of TheAppBuilder can now build a cross-platform native app for iPhone, iPad, Android, Windows Phone, as well as a HTML5 version for use on all HTML5 compatible devices.

In BUSINESS PRODUCTIVITY: SophiaSearch is a new player in the “contextually aware” enterprise search solutions market.

In SOCIAL MEDIA: RepKnight has developed a product geared around on sentiment analysis and social media analytics.

In NETWORKS: Aepona is among the best-known local companies currently developing software products including NaaS / APIs for mobile etc.

In EDUCATION: Learning Pool is NI’s fastest tech growing company according to Deloitte.

In BUSINESS SERVICES: MailDistiller are based in the Science Park. Their email platform is all based around original software.

This note is merely meant to whet your appetite and show you that Northern Ireland may soon be famous for new inventions and innovations in the tech sector.

So the most famous Northern Irish invention to date then?

In 1887 John Boyd Dunlop developed the first practical pneumatic or inflatable tyre for his son’s tricycle and tested it in Cherryvale sports ground, South Belfast and patented it on 7 December 1888. 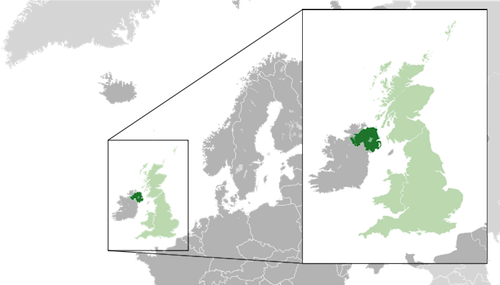