In terms of technology events, Microsoft’s Connect () is an interesting proposition. To some extent staged so that an online audience can log in and attend virtually, the physical event itself does of course still exist with a day of keynotes followed by technical training days. The key message coming out of Microsoft’s developer proposition now is:

“It’s all about providing all developers with the right tools to write any app for any platform.”

This was the resounding message delivered by Microsoft’s Scott Guthrie, who used his keynote at Connect () 2016 to explain how his firm now works to provide developers with what the firm insists are best in class tools for all programmers.

NOTE: Although this piece appears on the Computer Weekly Developer Network column as opposed to our Open Source Insider track, Microsoft had made it clear that the firm is now “open by default” from the start.

The show’s central news announcement hinged around updates including:

The event itself went straight into command line level demos and featured an initial presentation of a demo done on a Mac, using Node.js with MongoDB, deployed on Linux virtual machines. “Wow!,” tweeted one attendee, this is open by default Microsoft for sure.

Yes we know, ultimately there is a monetisation layer here in that Microsoft wants to present its Azure cloud platform as the backbone upon which all services will ultimately turn to… and this costs money. But as we have said before, that’s okay i.e. Microsoft might be open and community centric, but’s still a company and so it’s allowed to make money – it does still have employees to pay.

Excuse us jumping around a little, but this was a modular keynote with many elements, so let’s just look at the significance of the Google news.

As I have written elsewhere, “To give you an idea of Microsoft’s Speed-To-Openness Rating (let’s call it MSFT S2O-R), the .NET software development framework was forged in 2002. Then in March 2014, the .NET Foundation was formed as an independent body to encourage open source development into and out of Microsoft. Now in 2016, we see Google welcomed to the fold.”

Looking deeper into the product news… Visual Studio Code is a code editor redefined and optimised for building and debugging modern web and cloud applications, plus it’s free, plus it features IntelliSense, which provides smart completions based on variable types, function definitions, and imported modules.

Version 1 of Visual Studio Code shipped about six months ago… and now the firm says that more than one million developers are using it. The product is open source and available on GitHub – a form and format that details exactly how Microsoft wants to channel all its product development going forward.

Christ Wanstrath CEO of GitHub took the stage to say that now is the greatest time ever to work in open source. “A year ago we had about 5000 people who created their first public repository every day, today we know that figure is 10,000.”

He also noted that now, contributions have gone from around 1000 a day to more like 2000 per day.

So why are people embracing open source he asked?

“Because it’s not just about code, open source is a great way to further your business skills. We are seeing more companies now bringing this into the way their business plans are strategically developed. It has been two years since .NET was pushed to open source, the open source community within hours started porting .NET to Mac and this was fine because Microsoft wanted .NET to run on other platforms… and the community ended up helping the company to do that,” explained Wanstrath.

Microsoft is now the most active contributor on all of GitHub in 2016… after Microsoft comes Facebook, Docker, Angular, Google and … for the complete list check out this link.

Also featuring in the keynote was news of Xamarin Inspector.

Xamarin Inspector is an interactive tool for developers to use to diagnose and prototype changes in an application. The inspector can attach to a live application on any of the supported platforms.

Powered by Roslyn, Xamarin Inspector makes a live connection to the application and allows the developer to inspect and modify the UI and provides a 3D rendering of the application LIVE while it is running to work with the app. The developer can make edits to colours, font sizes of the UI and use a 3D interactive view to see if any elements have moved off the screen.

Visual Studio Mobile Center also supports iOS and Android. Visual Studio Mobile Center will scan a users own private repo (repository) and find the .sln solutions that a developer has installed so that every time a developer commits code it will automatically push those commits to the .sln (s) already installed. Essentially it allows you to test builds on real world devices and communicate with everyone in the team that is tagged as contributors and collaborators on the build in question.

Okay so look, apologies again, this sounds like a stream of consciousness, but if you’re sat in the Connect () keynote trying to keep up with the flow of product details, then it’s going to feel like this… in a good way.

Also this year we heard about Visual Studio Tools for Docker, Azure Application Insight, Team Foundation Server 2017 and Azure Functions… all of which, to be fair, are a story in their own right.

Microsoft explains that Azure Functions is an event driven, compute-on-demand experience that extends the existing Azure application platform with capabilities to implement code triggered by events occurring in Azure or third party service as well as on-premises systems.

All of this and we haven’t even mentioned the fact that Guthrie also demonstrated a preview of Visual Studio for Mac, which enables developers to write cloud, mobile and macOS apps on Apple’s Mac operating system using the popular development environment.

“Microsoft is transforming the nature of its appeal to developers by broadening its supported platforms,” said Al Hilwa, Research Director for Software Development research at IDC. “The new partnerships and commitments allow Microsoft to meet developers where they are and multiply its reach and impact with mobile and cloud developers as well as become established in emerging areas such as IoT, data science and cognitive computing.”

Key takeaway: now, Microsoft needs to get it right

As you may have ingested given the ramshackle nature of the above 1300 words, it is impossible to detail just how much Microsoft is doing in the terms of product extensions.

As is often the way with these things, it’s the tiny details that leave the best taste in your mouth. During some breakout time, the in-conference TV screens were playing interviews with key staff including Scott Guthrie, When asked whether the next thing we might see could be Visual Studio in the browser? Guthrie openly and honestly said no, not for now or at any foreseeable time, because right now Microsoft has just provided the Visual Studio for Mac product (with all its Xamarin inside goodness) and, to be honest, the firm is focused on getting that right and making it work.

A new open and honest Microsoft, who knew? 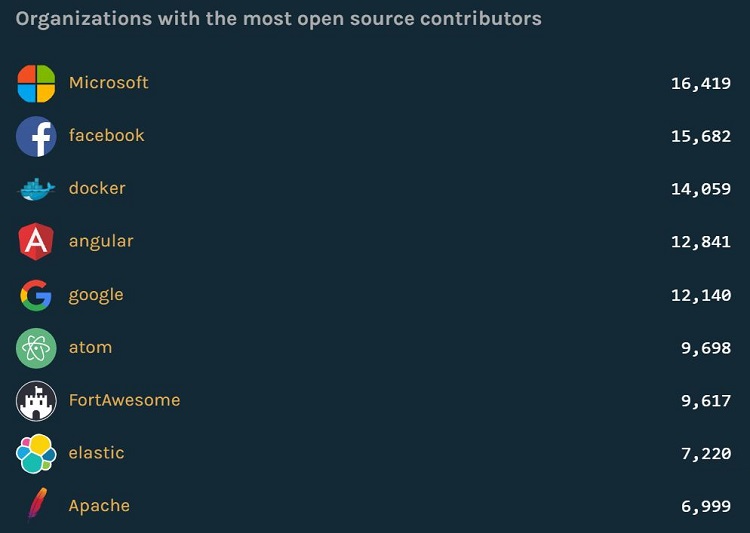