Around about a decade ago (somewhere near the dawn of the iPad), the software application development community started using a saying that kind of stuck.

A new mindset was about to dawn.

Aware that the programming standards, precepts and platforms of the seventies and eighties dominated first by mainframes and then by desktop machines was about to be shaken up, the programmers declared an appreciation for the new age about to rise.

“I am a developer; therefore I am a mobile developer,” said every software engineer who wanted to assert his or her place on the new stage where devices would fit in your pocket and the finger pinch-swipe-and-zoom function would soon be about to challenge the use of the mouse and they keyboard.

That was then and this is now and today we are quite used to software that is mobile-first and mobile-optimized from the start.

Then after mobile, the cloud happened… and this has naturally dovetailed with the proliferation of mobile devices because these ‘thin’ client machines (a smartphone is a very small computer so we can call it thin) can act like much bigger machines if they can plug into am even smarter backend served by a cloud datacenter.

Once we have mobile and we have cloud, then we must look to automation and intelligence.

Automation has to flourish inside the internal levels of the software engines that serve our apps and intelligence has to manifest itself as Artificial Intelligence (AI) at the user layer.

When these things come into being, then everything happens faster and more accurately… in theory at least.

This brief history of more intelligent gadgets is some (or perhaps all) of the reasoning behind why we now see Chinese telecommunications giant Huawei working to put AI on the mobile device and develop a whole mobile AI computing platform.

CEO of Huawei’s consumer business group Richard Yu has detailed the firm’s vision for the future of artificial intelligence with the launch of its Kirin 970 offering.

“As we look to the future of smartphones, we’re at the threshold of an exciting new era,” Yu said. “Mobile AI = On-Device AI + Cloud AI. Huawei is committed to turning smart devices into intelligent devices by building end-to-end capabilities that support coordinated development of chips, devices and the cloud. The ultimate goal is to provide a significantly better user experience. The Kirin 970 is the first in a series of new advances that will bring powerful AI features to our devices and take them beyond the competition.”

After years of development, cloud AI has seen broad application, but user experience still has room for improvement in areas such as latency, stability, and privacy. The goal is for Cloud AI and On-Device AI to complement each other. On-Device AI offers what has been called ‘strong sensing’ capabilities – and these are the foundation of understanding and assisting people.

The Kirin 970 is powered by an 8-core Central Processing Unit (CPU) and a new generation 12-core Graphical Processing Unit (GPU). Built using a 10nm advanced process, the chipset packs 5.5 billion transistors into an area of only one cm².

New developments in AI require joint effort across the entire value chain, involving tens of millions of developers and the experience and feedback of hundreds of millions of users. Huawei is positioning the Kirin 970 as an open platform for mobile AI, opening up the chipset to developers and partners who can find new and innovative uses for its processing capabilities. 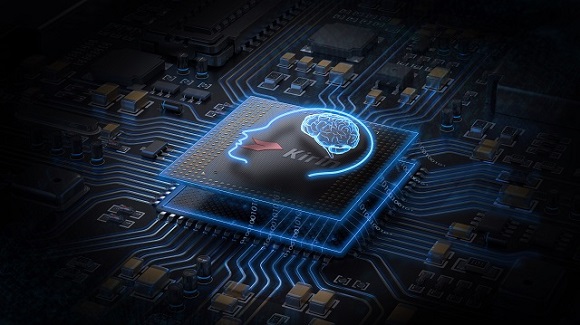