Enterprise cloud company Nutanix staged its .NEXT 2017 USA conference and exhibition this week in the ‘national harbor’ (drop the U) area of Washington DC on the fringes of the Maryland-Virginia border.

As previously reported on the Computer Weekly Developer Network blog, Nutanix is working to attempt to bring new converts to its fold (well, its Enterprise Cloud Platform) with a promise that speaks of natively converged compute, virtualization and storage.

The partner play from Nutanix is one that hinges on another promise i.e. the ability to work with the firm’s software-defined technologies to gain additional market opportunity and differentiation alongside the Nutanix brand.

The big ‘fact’ (according to Nutanix) is that this market is claimed to be growing more than 50 percent annually i.e. integrated systems sales are increasing 12 times faster than overall IT spending.

The magical wizards at Gartner agree. When they’re not concocting potions for magical quadrants, Gartner has spent time on this subject and estimated that by this year 2017, web-scale IT will be an architectural approach found operating in 50 percent of global enterprises.

San Mateo based enterprise data storage company Cloudian was first to comment on its work with Nutanix at this year’s show.

The company points out that enterprise clouds require a robust backup and recovery solution, obviously. More interestingly perhaps it also points out that for every gigabyte of primary storage on Nutanix, a backup environment will need at least three gigabytes of capacity.

Other key partners for Nutanix include GPU specialist Nvidia.

The Nutanix Virtual Computing Platform incorporates both Nvidia Grid technology and the Teradici PCoIP accelerator. Nvidia Grid offloads graphics processing from the system CPU — and this, crucially, is supposed to allow a datacentre manager to deliver a ‘graphics-rich experience’ (as they say in marketing land) to more users throughout as organisation.

This blog will update with wider partner commentary throughout the show.

Rob Strechay is SVP of product at Zerto, a company specialising in disaster recovery and business continuity software for virtualized infrastructure and cloud environments.

“Partnering with Nutanix is a natural fit for us because we complement each other’s mission to help customers not just ‘leverage’ the cloud, but do so in a way that makes the most sense for their unique requirements,” said Strechay.

Strechay urges us to imagine there’s a customer that is working with Nutanix on an enterprise cloud strategy and data migration is part of that strategy; moving data from an outdated data center to a Nutanix-based hyperconverged infrastructure. Zerto says it would work with Nutanix and the customer to help ensure the customer’s data is protected in the migration process, while at the same time helping with a long term disaster recovery strategy that allows for easy testing and recovery without any downtime.

“So much of implementing cloud technology involves data migration and data mobility, and the same things that work to avoid downtime resulting from something like ransomware, can also be applied when moving large amounts of data. That said, this is where we work really well with an alliance partner like Nutanix, complementing each other’s capabilities to help customers implement hybrid cloud,” added Zerto’s Strechay.

As Nutanix CEO Dheeraj Pandey  puts it, the past eight years has seen Nutanix build software that is essentially platform agnostic.

“We’ve created a full-blown hypervisor in AHV (Acropolis HyperVisor) and our own appliance form-factor. We have also built data and control planes that act like ‘apps’ to the underlying hypervisor and hardware. This means that the platform competes on its own merits (as do the apps) without one being a crutch to each other,” said Pandey.

This, he says, creates a self-assuredness that makes Nutanix compete with itself and (claims Pandey) provides a level playing field for the firm’s partners to ‘co-mingle’ their innovations with those of Nutanix.

It’s a survival of the fittest scenario, which (if this is all genuine) is, arguably, a good thing. 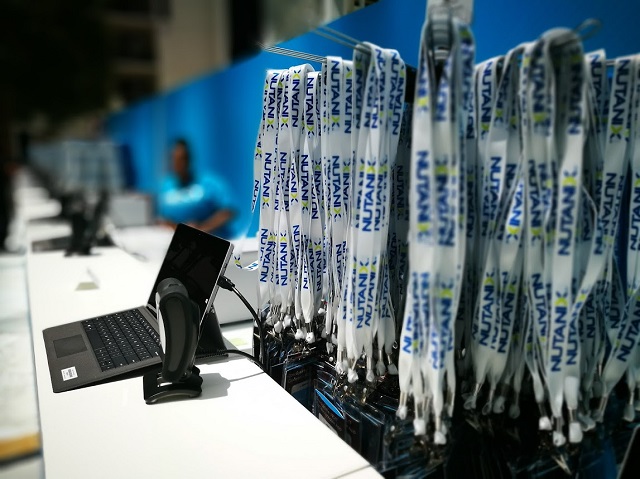