Exterior of the server room 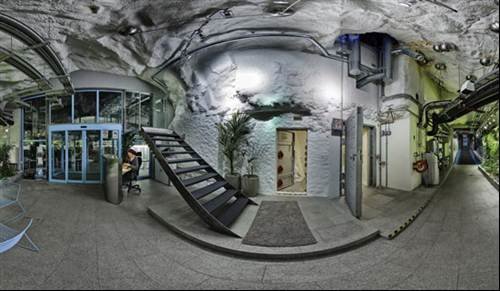 Exterior of the server room

The server room looks particularly secure, fortified by the mountain itself.