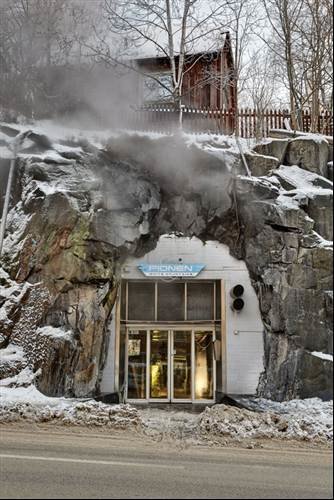 The entrance to the Bahnhof internet service provider at Pionen White Mountains facility.