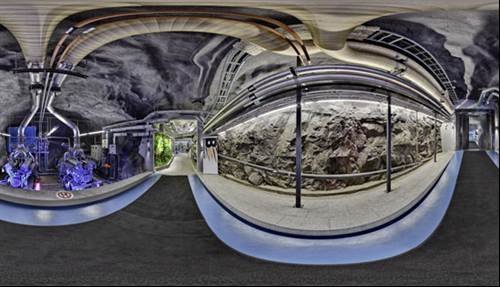 The generators are linked in and ready to provide power.