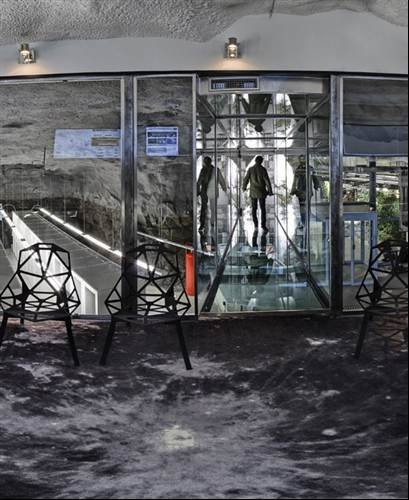 Vista down the suspended glass corridor