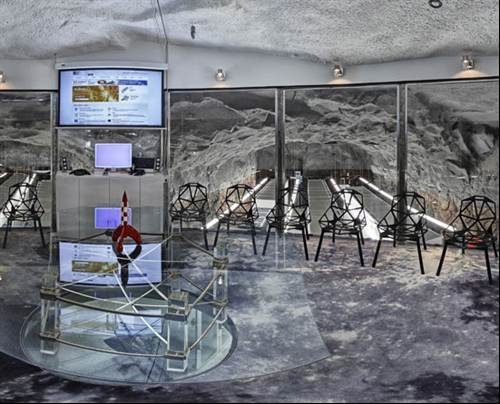 Above the main server room sits a suspended glass corridor leading to a round see-through meeting room.