From mainframes to PCs and beyond 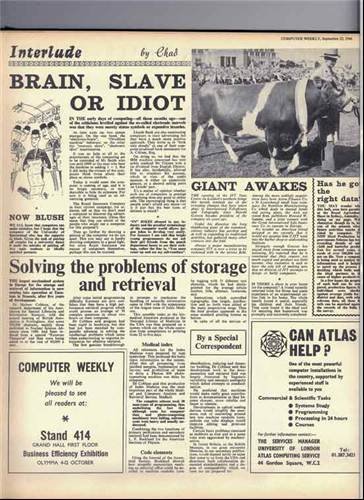 From mainframes to PCs and beyond

The IBM System 360 mainframe came in two years before Computer Weekly launched. During the 1970s Computer Weekly covered the minicomputer revolution, but missed the PC revolution that Compaq enabled. Joe McNally, head of Compaq UK (1984- 2001), says, "I first became aware of Computer Weekly when I started programming for ICL in 1966 and then moved to Honeywell." He says, "In the early days of Compaq, most of the publicity came from the [PC] monthlies. I thought Computer Weekly was a mainframe-type magazine, rather than one for PC users. But as time went on, Computer Weekly became an important vehicle to the market. Compaq's decision to use the new Intel 80386 chip rather than the 286, in its IBM clone, marked the start of PCs being taken seriously in business, as alternatives to mini-computers.