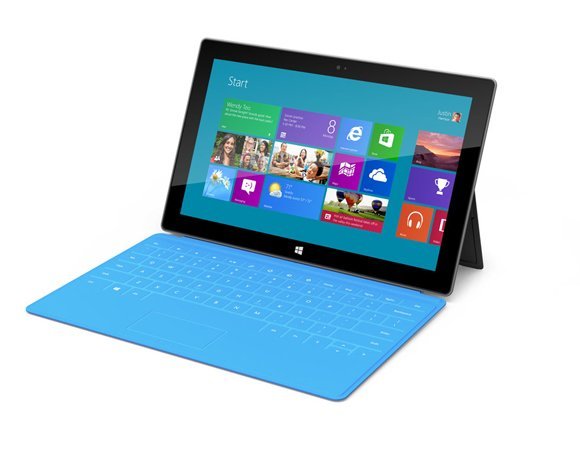 In June, Microsoft revealed its first tablet computer, the Surface, which will run the highly anticipated Windows 8 or Windows 8 RT operating system.

The Windows 8 pro model, which will run on a Intel Core i5 Ivy Bridge processor, offer USB 3.0 connectivity and come with either 64GB or 128GB memory when using the MicroSDXC. It measures 13.5mm thick and weighs 903g.

The Windows RT model, which will run on a Nvidia processor, offer USB 2.0, Office Home & Student 2013, offers 32GB or 64GB memory thanks to the MicroSD. Surprisingly, the RT is thinner and lighter than the Windows 8 Pro model at 9.3mm and 676g.

They both offer 10.6" ClearType HD screens (although with varying resolutions for each device), front and rear cameras, dual Wi-Fi, and a kickstand. They will also feature a Touch Cover, which is a 3mm magnetic sheet that doubles as a pressure sensitive keyboard.