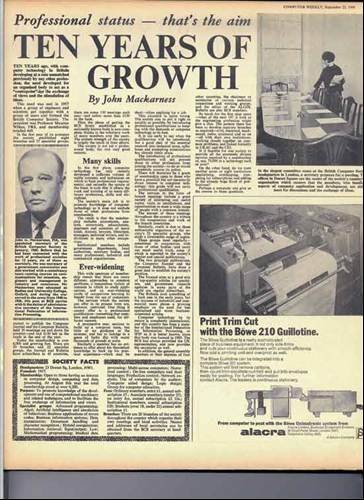 John Riley, managing editor (1982-2008), says, " We were the first IT paper to have a weekly Internet page (from 1994) and every aspect of the paper was first class, winning many awards and accolades even down to our Puzzler column which gained an entry in the Guinness Book of Records. We were proud of winning several prestigious UK Periodical Publishers’ Association (PPA) awards for Campaign of the Year and Best Business Journal."