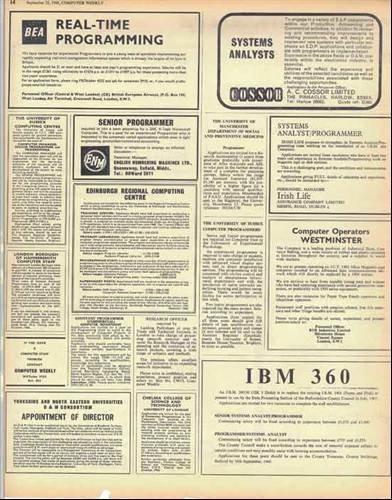 Computer Weekly was the first title to cover the Y2K (millenium bug) date problem that affected computers during the switchover from 1999 to 2000. Bill Goodwin (premium content editor, 1998 to present) , "In 1998 I was a senior reporter covering the IT industry's preparations for Y2K. There was a lot of fear and hype, which was largely unjustified. Nevertheless, businesses invested huge sums to ensure that Y2K did not bring down critical systems. It was a golden time for programmers and consultants, who were raking in fortunes in the run up to the millenium. The disaster that many people predicted did not happen. But Y2K was not entirely without incident. Sadly a number of patients were misdiagnosed in medical tests, which contributed to a number of deaths."