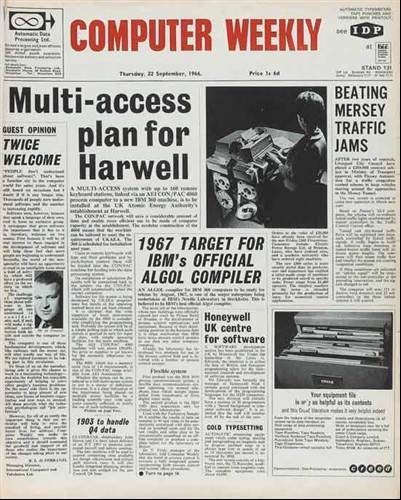 Chris Hipwell (1966-1976). was managing editor during the launch period. He says, "I was working at the time on Data Processing, a quarterly magazine, also a Reed publication. I realised we were missing out lots of stories and quite a lot of revenue was going into recruitment advertising." Chris began putting the idea for a weekly IT title together in 1965. "At that stage we got a small group together and came up with the idea of a weekly tabloid newpaper printed on news print - we launched on September 22 1966." "I shall be sad to see the end of Computer Weekly in its printed form, but given the changes which the press has undergone, I am not surprised that it has had to take the on-line route. At least it has the merit of being a ‘green’ solution."