The PICTFOR summer reception on Wednesday 23rd August was sponsored by the British Computer Society at Newspeak House. 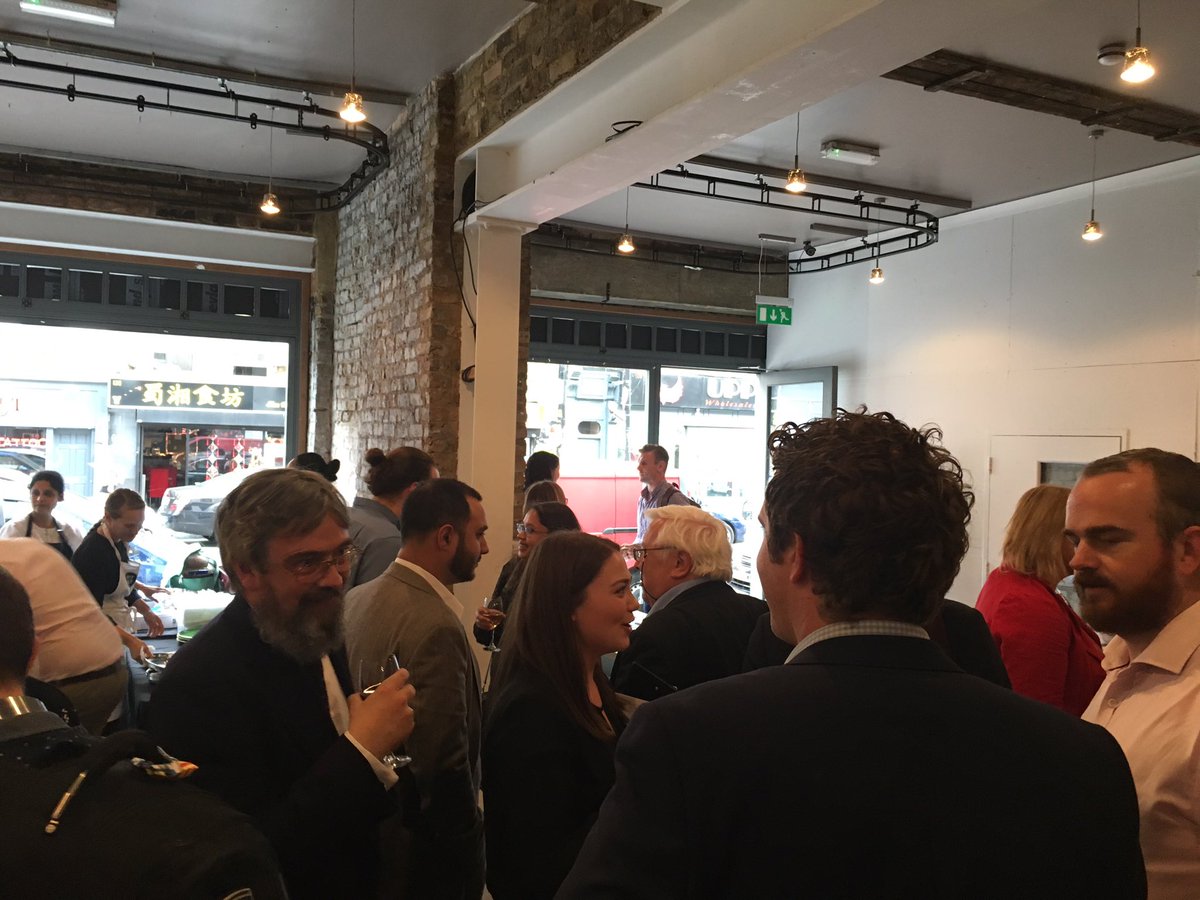 The event began with a discussion of  issues (see the invitation) expected to be of interest to the next generation of Tech Entrepreneurs who were the target audience. There was, however, a marked difference between the questions posed in the opening discussion and those to the tech entrepreneurs wanted answers – according to their ranking on Sli.do.

The former were, in large part,  a re-run of the questions asked 35 years ago during IT Year (1982) – about the impact of AI and Robotics, The Future of Work and Skills.

The top three concerns of the audience were:

Brexit was further down the list while“How will automation/AI disrupt the work place of the future?” was an also ran, alongside skills issues.

Shortly after this blog was launched, a decade ago, I did a series of posts (“The politics of …”) giving background to some of the big issues of the day. After listening to the youngsters, who will have to live with the mess that yet another generation has created by avoiding the need to address them, I thought I would have a go at identifying some of the current elephants in the room. Most are not new. They have just got bigger and harder to address over the years.

They ares – in no particularly order:

1)            The gulf between ordinary human beings (now the vast majority of internet users) and internet enthusiasts/dominant suppliers (who continue to patronize their customers). In the long run “the customer is King” and the time for reckoning is coming. I first blogged on theme of “herding the sheep on line to be fleeced” six years ago. How long before the sheep revolt and overwhelm the dogs? The intellectual arrogance of the digerati goes back to when separate computer departments were first created – “you can always tell a programmer, but will he listen?”

2)            The avoidance of responsibility/liability by suppliers/publishers including for the software/systems used in IoT devices. Third party risks are now uninsurable and the time for a Ralph Nader (Unsafe at any speed) to take on the giants of the on-line world is overdue. Will the corporate lawyers of Silicon Valley and Seattle be more successful in resisting change than those of Detroit and Dearborn when she takes on the misogynist on-line  technocracy

3)            The rising tide of fraud and impersonation using information that “leaks” from big data business models. The “solutions”, including third party liability for the consequences of such leaks, will probably destroy current advertised funding business models – if the collapse of belief among big advertising buyers that the sales benefits justify the cost (including reputational) does not do so first.

4)            Social/geographic divisions between those (whether consumers or businesses) with good/reliable connectivity and/or access to on-line products and services (including education) and those without. Current measures of “availability” are seriously misleading. Hence the growing anger of voters in over a parliamentary constituencies. The effects are compounded by the withdrawal of off-line services (from banks through libraries to crime reporting) before the on-line equivalents, let alone integrated and accessible support operations. are fit for purpose.

5)            Co-operation by the G7/G20 to ensure that Airbnb, Amazon, Apple, Facebook, Google, Paypal, Uber et al pay sales/corporate tax somewhere. At that point we will discover whether the Internet really does provide benefits other than tax avoidance.

6)            A three way split between Californian Liberals/Corporate Lawyers, State Surveillance Authorities and the General Public over the meaning of Internet Safety. For the public it includes freedom from cyber predators (bullies, trolls, child abusers, fraudsters etc.). For the corporate lobbyists and their libertarian allies it means freedom from legal liability, taxation and regulation. For the State it means protection from the dissidents and/or terrorists of the day (from Anarchists and Fenians to Anonymous and Jihadists) and a set of assumptions and priorities that go back over three thousand years.

7)           A revolt against US patent/copyright trolls.  In the fast moving 18th Century patent protection was limited to 14 years and those who did not publish or bring product to market lost protection. I have not blogged on IPR wars for some years but Brexit (and the UK exit from the EU compromises) bring an opportunity to review what really is in the UK interest if we want to be a hub for global on-line creativity – not just a marketing sink for that developed and sourced elsewhere.

8)            Action to open up/regulate (as utilities) the interlinked national and international (Amazon, Facebook, Google, Microsoft, Twitter etc.) the “cartel masquerading as anarchy”   that controls our access to the on-line world.

9)            Action to expose/update the middle-class puberty rite of kicking the fledglings from the nest with three years getting into debt at the hands of an academic Ponzi scheme (the fiscal, intellectual and moral equivalent of FGM, crippling rather than enriching their future lives).  I have just blogged my 1982 paper on the need to reform our approach to education for a world of Artificial Intelligence, Global Information Sharing and Robotics on-line for a new generation. 35 years ago it was seen as visionary. Today the ideas are  almost mainstream – but they will still be fought tooth and nail by those who believe in the Platonic ideal of one education, for one career, for life,  see their current academic status and way of life at risk – and see only problems, not opportunities.

10) This one is for you to add. Comments as to what I have left out are most welcome. I have a bottle of House of Lords whisky for the best.