In this contributed blog post, two women at differed points in their careers describe their experiences persuing a career in the tech industry. Ritu Mahandru, vice-president of application delivery at CA Technologies,  and general business intern at CA Technologies, Annabel Sunnucks, discuss their jobs, aspirations and what their paths have been like so far.

Diary of a woman in tech – Ritu Mahandru

A career in IT wasn’t something I had always considered. At school I studied A Level Maths, Chemistry and French because I wasn’t sure of the route I wanted to take, so I was keen to keep my options open. When deciding what to do after A Levels I spoke to my older brother who was studying Engineering at university. He suggested I looked into computing, and considered a ‘sandwich course’ – one that gives students the chance to work in the industry for a year before returning to university to complete the studies. After looking around for a suitable course, I applied for Business Computing at City University.

At the time, university wasn’t an obvious career path. Those of my friends who did choose to study further were applying for courses such as English or Maths in order to later become a teacher. In fact, everyone thought I was mad for choosing a science degree – it was unusual for a female, and not only was I the youngest on my course, I was also one of only two females among almost 40 students. Out of 200 students doing the Computer Science degree that we shared modules with, six were girls. Even that small number was surprising to me.

When I first started my course, I had no idea what it would involve or how it was all going to come together. By the time it came to applying for my year in industry I was very lucky to land myself a job at the Department of Energy.

My time there was one of the key milestones of my career. It really opened my eyes to the opportunities that lay ahead of me and it was my first introduction to the world of applications. At the time, oil companies were trying to find more efficient ways of deciding where to drill for oil, and I was part of the team that processed the oil drilling applications. We worked with traditional waterfall methods of developing software, and it’s interesting to see how companies have now moved on from this to become more agile.

After completing my degree, I joined a small management consulting firm. It was around this time that organisations were really beginning to understand how applications could drive revenue and business value and I was pleased I continued to work in the application development space.

One of the most interesting reflections I have from that time is that, when it comes to women in tech, I feel that the situation is deteriorating. At the time, the main challenge women faced was lack of good childcare – once children were in the equation, it was hard for women to balance career and family duties, which meant not many were progressing to senior level positions. Today I feel like fewer women are even applying for jobs in Stem or studying Stem subjects at University. There are still not enough women in the senior IT positions and I am certain there is a gender pay gap issue in the industry.

One thing that has improved today is that women have a bigger voice. They are more aware of opportunities that are out there, hungrier for success, and more prepared to speak up against gender stereotypes. But there’s still much left to do to make the IT industry a more diverse and inclusive environment and the responsibility is shared – government agencies, schools and businesses themselves need to do more to encourage women to consider Stem careers, foster interest in science from a young age and support women throughout their career paths.

Diary of a woman in tech – Annabel Sunnucks
For as long as I remember, I’ve wanted to pursue a career in technology, so it was a natural decision for me to study management and IT at Lancaster University. I have grown up with technology all around me and have always been fascinated by how quickly it can develop and impact the world around us.

It wasn’t a huge shock to my family when I decided to study IT at University. When I left primary school, I was given the ICT subject award. When I left secondary school, I was given the E-Learning award; studying IT was a natural next step. My family have been supportive throughout and just happy to know I was doing something I loved and was passionate about. My parents thought it was great that as a female I decided to join the IT industry. Likewise, when I asked my friends what their reactions were when I decided to pursue a career in IT, they said they weren’t surprised by my choice – it was a subject I was always good at and enjoyed, and they knew it would be my career choice. 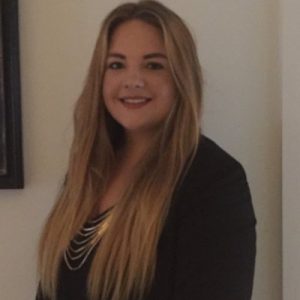 Interestingly, when I tell people who don’t know me so well that I study IT and Management, I often get surprised looks – for me that’s always a compliment! I knew a lot of girls who did ICT as an A level, but I couldn’t name any who went on to study it further. I know a few females in business and one of my best friends is studying engineering, but other than that none of my friends have chosen the technology route. There are roughly 17 students on my course, with seven females, a ratio that I’m pleasantly surprised by. However, where you really see the gender divide is in the computer science modules. In those, there is roughly one girl to every ten boys, if not fewer.

I strongly believe women lack positive female role models, who are so important in driving interest in Stem. There is also a need for a change in the curriculum. Whilst there have been positive steps taken towards educating students at a younger age about technology and engineering, I still believe more can be done during the early years of a person’s education and that this will be reflected later on at university level.

I’m currently doing a year in industry at CA Technologies, which is something I always considered important. Getting first-hand experience at a big tech company was something I felt passionate about. I’ve worked in a lot of diverse workplaces and got a lot of valuable experience, but coming into a company this big, I had no idea what to expect. CA has given me opportunities I could never have imagined – I knew a placement year was valuable, but CA has given me insights into how technology impacts business in practice.

Being at CA has confirmed I have made the right choice at university and I am sure I’m going in the right direction. I’ve gained a huge insight into the different roles and departments in a technology company and I have no doubt that I’ll find my place in this industry after university – hopefully, alongside other females.