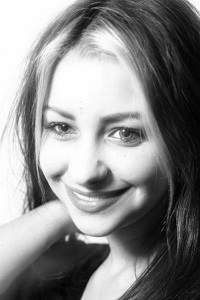 This is a guest blog by Emily Dauris (right), advertising coordination at FDM Group.

This is part two of a blog by Emily discussing the women we should thank and why. You can read part one here.

Chanel may not have liberated women in terms of getting them the vote but she did get them out of corsets! Known for her outspokenness, she criticised her male contemporaries of ‘trying to shape women into flowers’ through their use of corsets and full heavy skirts. From humble beginnings, Coco entered the fashion world when she started making and selling hats. However, with the financial help of friend Arthur Capel, she was able to open her first shop at 31 rue Cambon in 1913, and this was when she really started to make her mark. Chanel had always had to work and so understood the importance of practical clothing, and this became her signature.

Although the war interrupted her work and she was forced to flee to Switzerland, it could be said that the effect of the war, which drove women to work, opened many doors for fashion. Now that women needed to be able to make their own clothes at a low cost and be unrestrained by them, Chanel’s vision for the way women would eventually rebel against the ‘waist clinching’ outfits that she claimed men made for them, seemed less like a possibility and more of a certainty. Chanel once said, ‘Fashion fades, only style remains the same’ and her style, in every context, was revolutionary.

British suffragette Emmeline Pankhurst, along with many other women, did secure women the vote. Growing up with political parents and marrying barrister Richard Pankhurst, a known supporter of women’s right to vote, it seems she was destined to be a part of the suffragette movement. Although Emmeline and Richard were reasonably well-off financially, upon Richard’s death in 1897, Pankhurst did have to move her and her four children into a smaller house and worked in two jobs which exposed her to women of lesser means who were suffering more extreme unequal treatment.

This further fuelled her involvement achieving votes for women, and she founded the Women’s Social and Political Union, whose motto ‘deeds, not words’ has become a source of much debate. Pankhurst’s union was often, and still continues to be controversial due to their militant approach, often breaking the law and going to such measures as arson. However, Emmeline defended the action of the movement, claiming it was necessary to take drastic measures and their imprisonment did much to publicise their cause.

My favorite Pankhurst quote, because I feel it explains her means, came from one of her court appearances  ‘We are here not because we are law-breakers; we are here in our efforts to become law-makers’. The term ‘suffragette’ has often been misunderstood in origin due to its similarity with the word ‘suffer’. Suffrage is actually a word meaning the right to vote, which is where the term suffragette comes from. However, its association with a term meaning ‘to suffer’ is appropriate as many of these women fighting for equal rights did suffer to do so.

Hunger strikes, for example was a common action for the activists to partake in and women of the suffragette movement often put themselves in harms way for the cause. In 1918 in Britain the right to vote was finally achieved for women over 30, and in 1928 they secured voting equality with men. Many people still question the militant tactics of the Women’s Social and Political Union, not sighting these actions as having driven the legislation through parliament, and a few even suggest this damaged the cause.

We all, men and women, should be grateful to the history-changers in this article. Equality for both genders in every part of society is fundamental to our growth and ongoing development, especially in the workplace. I celebrate the women I have spoken about in this article, and many more besides, who have had an impact on the way women are perceived and what we are able to achieve.

Let us look through our history and use it as inspiration; if the suffragettes could be heard campaigning through the hustle and bustle of city streets over 100 years ago, then women can certainly be heard in the boardroom today.