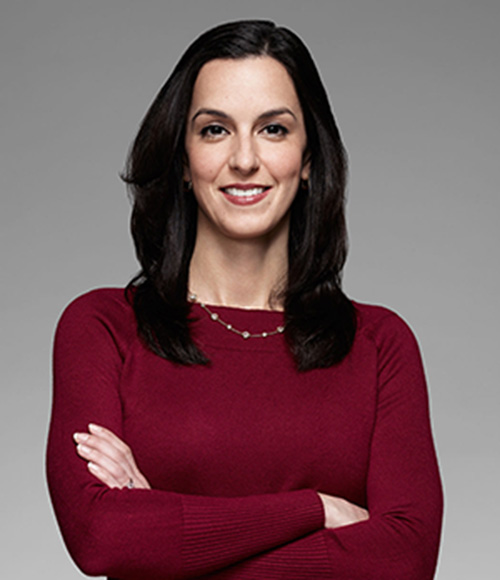 This is a guest post by Jennifer Kyriakakis, Founder and VP Marketing, MATRIXX Software

When people ask me what I do, I tell them my company develops software for communications providers, and the question that always follows is: How did you get into that?

I got into a technical field purely through exposure and interest. In my senior year of high school I took an elective computer class where we learned some basic programming and a little about this ‘world wide web’ thing that was taking off.

Fast forward a month and I was hooked. I knew Information Technology was a field succeeding during the recession and growing at a fast rate, so I declared my degree major, ‘Management Information Systems’ long before I’d even stepped onto campus.

Six of the seven people in my major were women. Little did I know then, this would be the last time I would be in that situation. As my career progressed, the number of women in my immediate peer circle kept getting smaller and smaller. Whenever I meet C-level members of a company today, there’s rarely another woman in the room.

I’ve read the ratio has changed because women get married, have children and take time off. But I’m not sure that’s true. The women I do know in executive roles all have children, and I’ve just had one of my own.

Recent statistics suggest there are simply less women in tech today than when I started my career. In 2013, just 26% of computing jobs in the US were held by women, down from 35% in 1990. In October last year, Microsoft reported that women make up almost one in three of its workforce, but only one in six work in technical positions, and just under a quarter hold leadership roles.

Given the expanding role technology has played in people’s lives for the last 15 years, you’d think the trend would be moving in the opposite direction. Young women today grew up with mobile phones, laptops and fairly ubiquitous internet access. They grew up leveraging technology in most aspects of their lives – so today’s work force has more exposure to tech than ever, yet the number of women working in the industry has been declining.

Even more ironic, when you look at aspects such as work/life balance, tech companies are great companies to work for. Yes, you work very hard, but unlike many other professions, you can do a good sized proportion of the work from anywhere, mobility has made that possible. Tech companies are also known for providing better benefits, healthcare, and other perks that will benefit your family that other industries can’t provide. The tech industry is actually better aligned than most with many of the values women hold close such as the importance of flexibility with family and social time.

So what is it about technology that’s seemingly repelling women from an industry which is making huge leaps and driving the world’s economy?

Exposing the diversity of tech

I think the problem here is not that we aren’t exposed to science, maths or technology when we’re younger, but rather the way we are exposed. If girls were exposed to all the different ways technology drives the economy right now, they would be inspired to work in technology – not turned off. I think what it actually ‘looks like’ to work in tech is completely misrepresented and misunderstood. Sure, if I watched Silicon Valley, I probably wouldn’t want to work here either.

When I started out, working in technology largely meant working with enterprise software. Now we’re in the age of the app economy, digital retailing and social networking. With technology driving so many industries today, you’d think more women would be attracted by the prospect of working in tech.

No matter what you are interested in – from fashion to food, movies to mountain climbing – there is a tech force behind it, building new technology to change or improve things. Technology today is centred on user experience and listening to the voice of the customer.  The industry itself is diverse in the technology being created, and the roles within those technology companies are by no means limited to developers and software engineers.

There are more roles in product management, product marketing, user experience design, customer support, and so forth. These roles require something other than a hard core engineering skill set to be successful and are extremely crucial to the strategy and success of tech companies.  And if you think about traditional female vs. male skill sets – women tend to be better listeners, better multi-taskers, and are better at communicating than their male counterparts – which sets us up well to thrive inside of a tech company.

If you’re reading this blog it probably means you’re already working in technology or at least have an interest in it. So how do we inspire other women to follow suit? How can we change the stereotype of a developer sitting in a cube, tapping out code for some abstract piece of software? And finally, how can we draw women in from other industries?

I would market a career in tech the way you market a career in fashion or teaching. Be involved in the thing you love. Focus on the end product, rather than the nuts and bolts technology perspective of it.  Tech is not just about building software, it’s about creating meaningful customer experiences and these days skills from other industries are far more transferrable than people realise.

As someone who works in the telecoms industry, I know in my sector, companies are actively seeking people from outside the industry to come in and shake things up. Similarly to the way Apple brought in Burberry’s ex-CEO Angela Ahrendts to run its retail and online operations, telcos are looking to hire people from the retail space to bring a fresh perspective into the business and help them become a bigger part of the app economy which they have seemingly been left out of up until now.

It’s time to change the way we market the technology industry to women of all ages. Mentoring and education are key factors, but we first need to work together to change the stereotype and relate technology to female interests, pursuits and values. In doing this, I think we’d see a shift back to a more balanced workforce.