This is a guest blog by Sheree Atcheson founder of Women Who Code UK (Belfast and London). 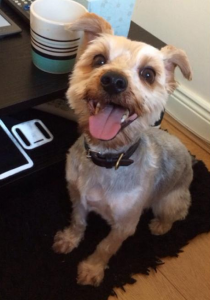 As someone who is an advocate for people in tech, I wanted to share my experiences thus far. I never fully realised the gender bias in IT until I made a notable effort to see it. It’s always been that way – in my Computing A Level class, on the forums I posted on in my teenage years, in my CS university class (where out of 100 men, we only had 10 women) and then in work. It’s only when I properly sat down and thought about the huge effect this has on the tech industry, that I realised I needed to do something about it. We cannot innovate with only half the population.

As a software engineer, I write code. I find/create bugs. I do a lot of the same work that I imagine a lot of you do too. As well as that, I’m working everyday to eradicate the gender bias that is so glaringly apparent in our industry. If I look around my office, there are only 5 other ladies. There are 15 men. This is a common head count across the majority of the offices here. Look around your office? What is your split? I have no issue with the large number of men in here. What I do have an issue with is the small number of women.

If I were to ask any of the women in here do they have a problem with the number of men in here, I could guarantee that they’d say no. We’re all here to get a job done, and help each other along the way. I have asked almost everyone in this room for help at least once (their gender isn’t important to me. Their knowledge on my problem is). And every single person has been helpful – both male and female. We are all just people in tech.

I’m writing this post because I’ve seen some very unsettling opinions from women in tech and they have deeply annoyed/upset me. I founded WWC UK because I want there to be an equal representation of both genders in this industry. I want women to know that the current people in tech want them here and that more than that, they need them here. I have actively sourced several male speakers for my events, (and we’ve even had our first male attendee).

My view is that regardless of what gender you are, if you can bring something interesting and insightful to my attendees, then I want you there. If a woman is a specialist in a field, then I want her to share her knowledge. If it is a man, then likewise. However, I’ve seen quite a lot of negative portrayal of all “men in tech” from certain women. And this angers me.  Let me share some examples with you.

I attended SXSW this year. I attended several Women In Tech sessions. One session I attended was “Getting non-tech women into tech”.  At this session, a lot of women were sharing their “IT Horror Stories”. I appreciate this. I understand some people have had negative experiences in tech at the hand of their peers. However, this quickly turned into a “sexism against men” session. One lady stated that she was accused of “selling her body for marketing space” by her (male) boss and because of that she would “never (which was strongly emphasised) work for another man again”.

Another lady stated that her boss constantly told her she was inadequate and she stated that she “didn’t know what to do because it’s just a standard male insecurity that I have to put up with”. These replies were responded with cheering, clapping and “holla”s. Obviously these bosses are hugely unprofessional and in the wrong, but it is wholly unfair to tarnish all men with that same brush. The issue here isn’t the person being male, but rather that they’re unethical and unprofessional.

I can sympathise with any woman (or man) who has been put in an inappropriate situation like this, however if we veer so closely (and cross that line) to sexism, then how are we any better than the people we have an issue with? These negative traits aren’t attached to one gender – all people can be ruthless, and branding all of the opposite gender because of a bad experience means you are part of the problem.

Furthermore, a lot of you may be aware of the recent Valleywag Gawker article, in which users of a dating app are likened to the Comfort Women of WW2. Obviously, this is grossly inappropriate and offending. People all over the world having complained about it. I noticed however, one lady took her views a step (in my opinion) too far and stated that “Men in tech don’t support women in tech. They assault, rape, harass, stalk us, make jokes about it, stay silent about what happens to us”. Isn’t this sexism? Isn’t this tarring all men with the same opinionated brush?

Sure, her views might be in the minority, but they’re still noticed (which could be seen by the retweets and favourites on said tweet). And just like all of the negative views of the different men in tech we have seen, such as Pax Dickinson, they still make an impact.

I replied back to her and stated that she must mean some men in tech, because saying all makes her just as bad as those men she is referencing. Unfortunately, she swiftly told me to “f–k off”, proceeded to continuously post sexist tweets and that was that.

This issue has arisen several times now, and it saddens me each time it does. Because it undoes a lot of good work so many men and women are doing to try and create equality in this industry. Increasing the number of women in tech is something that the entire IT industry has to be focused on – men and women alike. There is no “them and us”.  I have been helped by so many people in this industry. And I thank each and every one of you for all of your support in Women Who Code UK. Without the help I’ve received from people like Tom Gray, Matt Johnston, Emma Leahy, Basil McCrea, Emma Mulqueeny, Mairtin O’Muilleour , Mary McKenna so many more, WWC UK wouldn’t be where it is today.

At the end of the day, there is one business that we are all passionate about and we best work together to make this sector flourish.