A week ago the blogosphere erupted in anger when Paul Chambers was convicted under the Communications Act and fined £1,000 for posting this comment on Twitter in January: “Crap! Robin Hood Airport is closed. You’ve got a week and a bit to get your sh*t together otherwise I’m blowing the airport sky high!“


It seems laughable that a British court would convict Chambers and that taxpayers money has been used to let this case rumble though the system, reaching a conclusion that seems – on the surface – barmy.
After all, can you imagine the 7/7 London bombers back in 2005 (had Twitter existed) communicating their threat to the capital in advance of blowing the capital city sky high?
The Crown Prosecution Service claimed that they have to take bomb threats seriously and they can’t start making attempts to judge which are poor jokes and which are real. Naturally Paul Chambers was not pleased with the result – using Twitter to indicate his displeasure with the CPS.
The debate is still ongoing, mostly in favour of Chambers and asking why the authorities waste money on security measures that don’t offer security yet prosecute obviously innocent people. And given the rebellious nature of many bloggers, it’s only natural to try sticking the boot in and declaring the whole thing a waste of time and money.
But there are two points that I feel are ignored as the blogosphere rushes to point out how stupid this entire trial has been:
No matter how fatuous it may seem, the joke about a bomb in the bag at check-in has long been seen as something that’s not really very funny. Try cracking that gag at Heathrow airport and you will be lucky to feel your feet touch the floor as armed officers whisk you away.
I too feel this case should never have gone to court, but while we sit and hurl abuse at the CPS, it’s worth thinking about how this changes the world of the blogger. You are now a publisher, with all the responsibilities that entails. 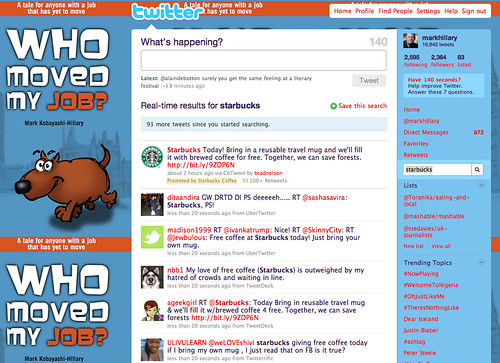