Latest Blog Posts
Related Content
BlogRoll
Latest News
Download Computer Weekly
An American judge has thrown out a case of copyright violation against YouTube that was instigated by Viacom and the Premier League. The judge stated that YouTube had stringent controls over copyright and applied them according to the guidelines of the Digital Millennium Copyright Act.
Though I myself have some form arguing about copyright with YouTube, I must say I agree with the judge. They have strict controls that are in place and video is removed quickly when a copyright violation claim is made.
How can the Premier League or Viacom seriously expect all content to be screened before publication? With something like 29 hours of video going up online every second I estimate you would need a team of around 100,000 lawyers sitting there watching the video being uploaded just to ensure it’s all compliant.
That’s clearly not viable or cost-effective. And in any case, the Viacom example sounds like a complete mess. They even uploaded their own copyright material in order to make complaints, just to test the effectiveness of the procedures, yet they lost track of what they had uploaded and what was uploaded by others. As BA Baracus would have said: “Fools.”
Rights holders do have good protection already from the DCMA and companies like YouTube actively listening to any violation complaints. In a world of online sharing there has to be a new approach to policing content.
As I said on the BBC TV show though, innocent people can get caught in the crossfire and one simple check by YouTube would help prevent issues where a complaint is made and an account can be deleted before the account holder has any chance to react.
Perhaps they might want to think about that again… 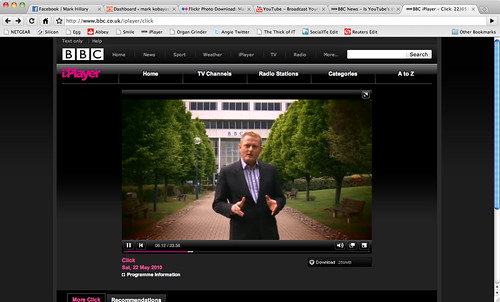