Latest Blog Posts
Related Content
BlogRoll
Latest News
Download Computer Weekly
I was at the  House of Commons last night. Not that I’ve been elected to serve there, or even  sneaked in to try causing trouble. I was invited to speak at a Commonwealth Journalists Association (CJA) meeting. 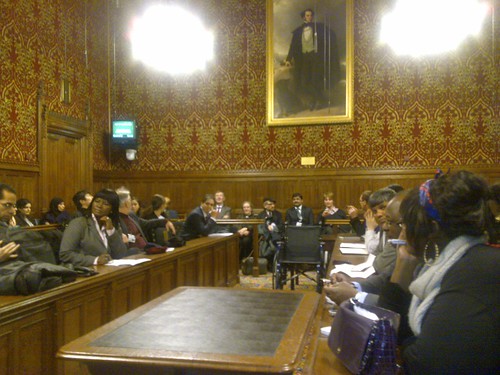 The title of the event was ‘News: A Digital Decade of Destruction’ and it was focused on the changing nature of news, in particular how the Internet and social media is changing the way news is reported – and how journals can make money from news.
I was fortunate enough to be in the company of some real experts. The chair was BBC news correspondent, Nick Higham along with these panellists:
Unfortunately, I don’t think the debate was filmed, so I can’t link through to a video here, however, to summarise it, I really made two key points during the debate.
I think the idea of community will really change the consumption of news. Take a look at the new Apple iPad and the iBooks concept. Devices like this and the Amazon Kindle are not just electronic books. They sit in the centre of a personal news hub, consuming video, pictures, news, books, magazines… It’s just like the concept of the iPod. We had digital music before the iPod. We had hard disks too. But until Apple blended the iTunes community with the device nobody really moved on from the CD.
I also think that a far more widely accepted micro-payment system is required. Dominic Young was quite scathing when the rest of us talked about paywalls. He asked why do we consider it strange to pay for good content? His own analogy was walking into Tesco and finding the line of checkouts and considering it a paywall. Either we pay for the groceries we want, or we don’t take the groceries.
Dominic has a fair point, but a lot of people have got used to most news being entirely free and from multiple sources.
Paywalls at present rely on clunky subscriptions, or ‘try a little free and pay more if you want more’ type models. It is just as hard to get through a payment for £1 as it is to buy something worth £500, and in fact, we really need to master far smaller payments.
But nobody wants their current account charged with dozens of 1p or 2p charges several times a day. How can that be resolved?
I’d suggest an intermediary, a buffer, rather like a credit card company. Imagine calling it PAYREAD, or something more catchy. I have a PAYREAD account and I connect my bank account and possibly credit card to it, in just the same way as I currently connect and authorise PayPal to access my payment accounts. Then I can go and browse any newspaper or magazine site that accepts PAYREAD. PAYREAD could be operated in two ways, a monthly ‘all-you-can-read’ subscription, or a pay-as-you-go option where you get billed a small amount – perhaps 1p – each time you read an article on a member site.
Everyone in London knows about Oyster cards. It’s the payment card that lets Londoners ride the tube, bus, train, tram, and purchase small items like newspapers. It operates in a pay-as-you-go and subscription way simultaneously.
So how come there is no industry standard – like the London Oyster – being created that would allow an easy friction-free payment mechanism for news and other quality content?
SearchCIO
SearchSecurity
SearchNetworking
SearchDataCenter
SearchDataManagement
Close