Latest Blog Posts
Related Content
BlogRoll
Latest News
Download Computer Weekly
I was at Speed Communications this morning for their contribution to social media week in London. It was a lively blast through some case studies on social media projects they had worked on for various clients… from the Cloud over 2 years ago to ongoing projects with Tesco and The Economist. 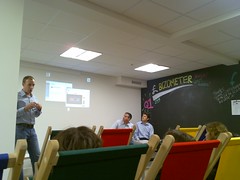 It was a nice approach. Each case study was no more than 5 minutes long and the audience was seated on deck-chairs, each with a whoopee cushion – reinforcing the point that there was going to be ‘no hot air’ at the event today. 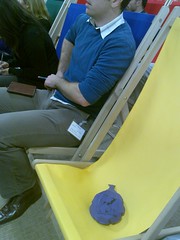 Stephen Waddington, the Speed managing director, opened the session and set the tone for the morning by suggesting: “there is so much bullshit touted about social media in the

PR industry today…” I only heard him use the word bollocks once in his introduction, but I noticed his team on Twitter suggesting he had used it twice in the first minute or so.

So, it was a direct intro and the fast nature of the case studies meant we got a lot of good information about real social media work in a short time. Some highlights were:

It was a useful morning and Speed do some decent egg and mushroom rolls!